I’ve been preparing for when my daughter is older and starts to enjoy crafts as well as learning letters, numbers, colors, etc.  There are so many great resources and activity ideas on the internet, and I’ve been collecting ideas to make “craft packs” and “activity bags” for later use.  Essentially, I get big Ziplock bags, print out the idea on a piece of paper, and then stick the paper along with all of the supplies in the bag.  When baby girl wants to do a craft, all she has to do is go get a Ziplock bag, and all the necessary items are there for the craft.

I cleaned out a side of our old entertainment system that was previously being used as a bookshelf to make room to put my daughter’s “craft packs.”  I needed a cute and inexpensive way of organizing them because just shoving a bunch of plastic bags on a shelf did NOT look organized at all!

We also have so many diaper boxes we have stashed in the garage in case we need them.  “In case we need them” is a nice phrase that I always use to support my pack rat tendencies of never throwing anything away that could maybe even remotely be useful in the future. 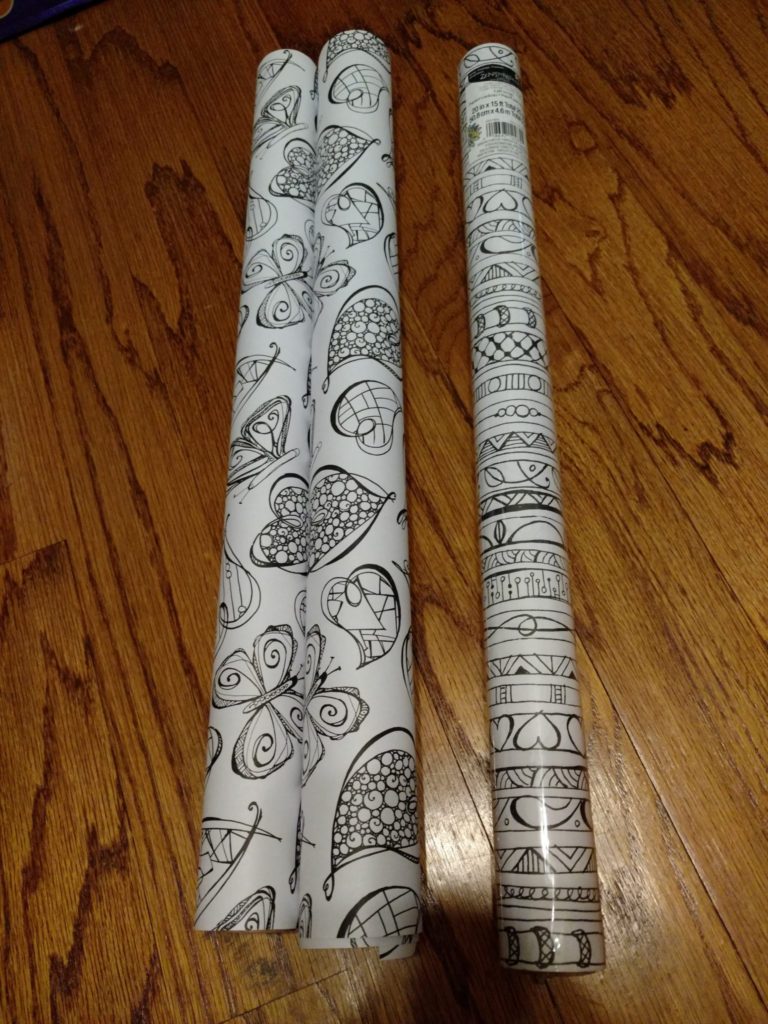 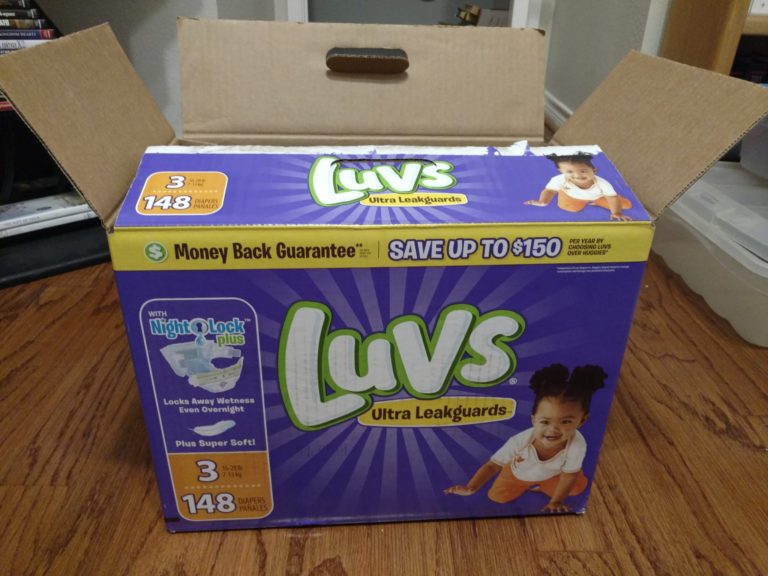 How to Repurpose a Diaper Box:

These took less than 15 minutes to make each.  First, I cut the top flaps off the diaper boxes. 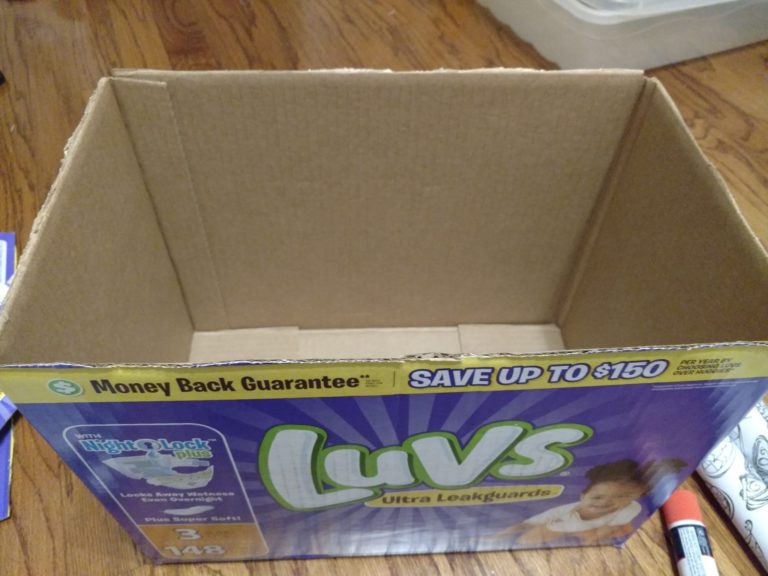 Then, starting at one side, I glued the roll of wrapping paper on.  Then, I folded the paper over and glued to the next side, the next side, and then the last side.  It helped to pull the paper taut and make a good crease at each corner.  I cut the paper and taped the end in place where it overlapped the beginning. 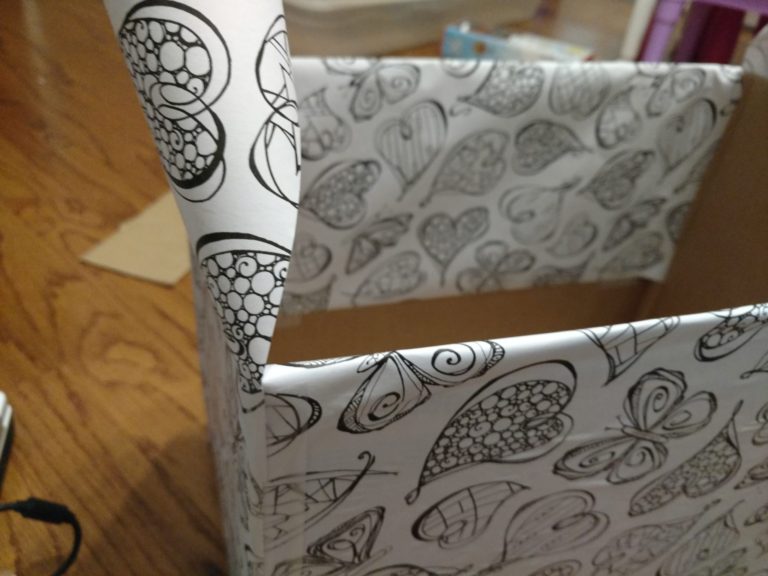 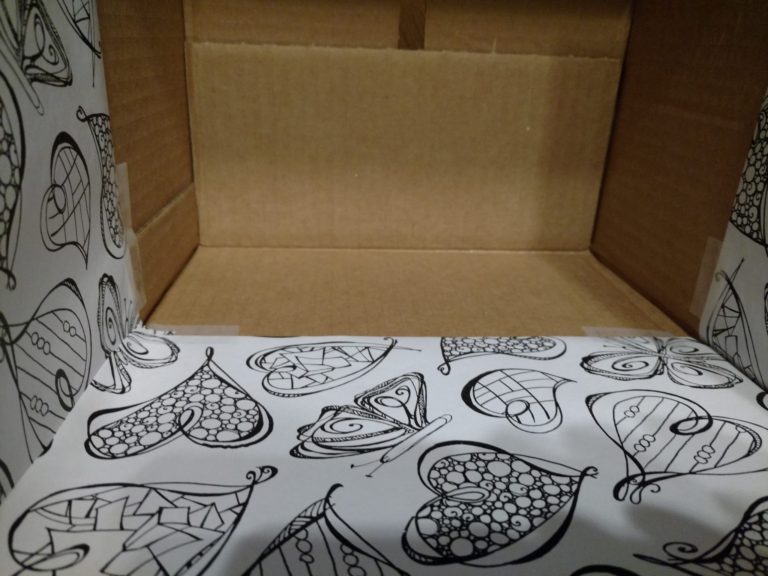 After letting the glue dry, these boxes were done and ready to be put on their shelf and filled with craft goodies! 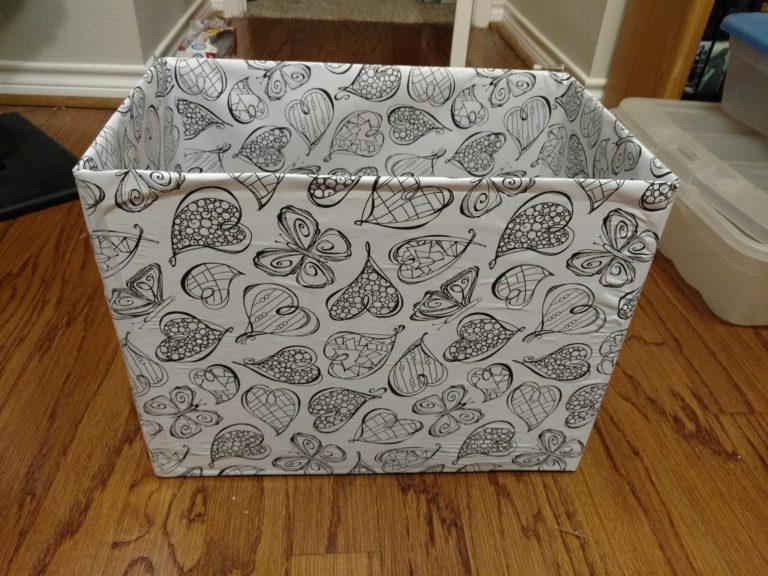 But first I added some decoration to the outside of them for a little extra color and personalization. 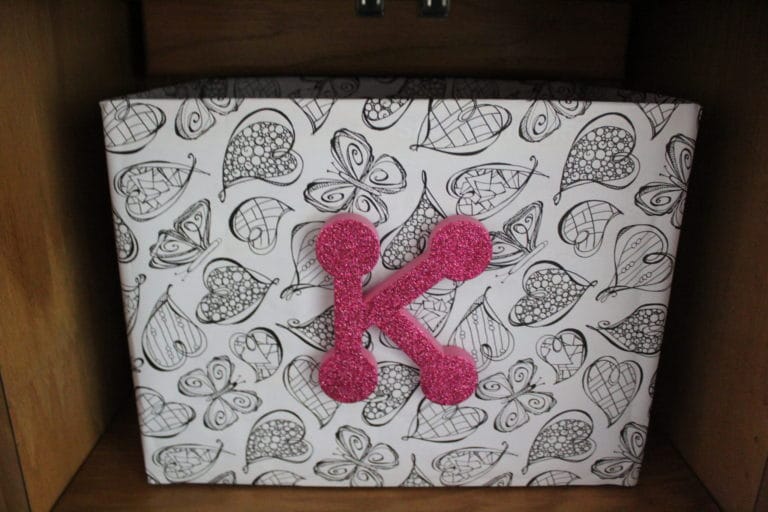 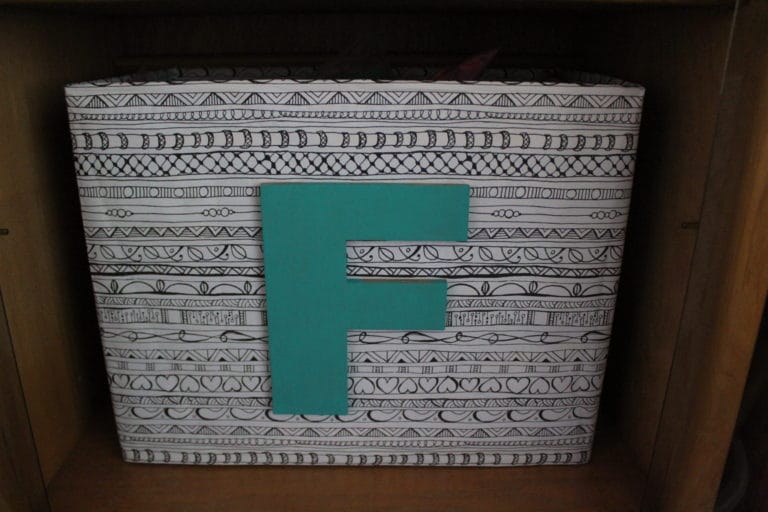 And here they are in their entertainment center home! 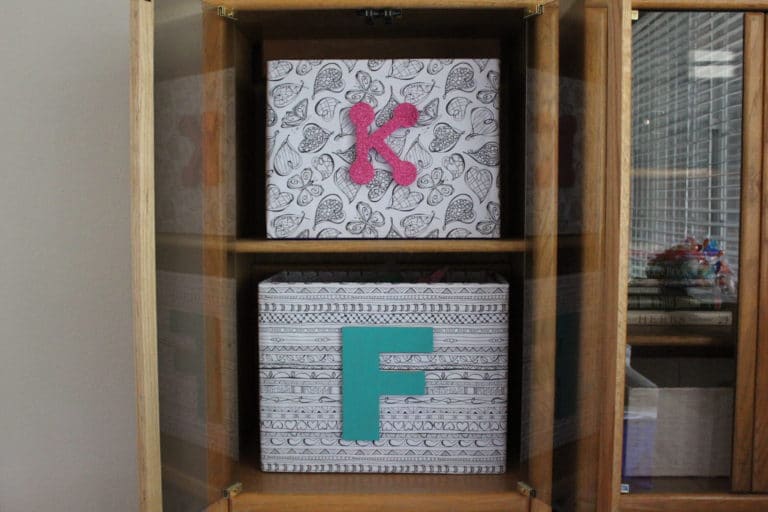 What do y’all think?  Any other good ideas for diaper box crafts or upcycles?  We have sooooo many diaper boxes!

Check out some of our other upcycle ideas here! 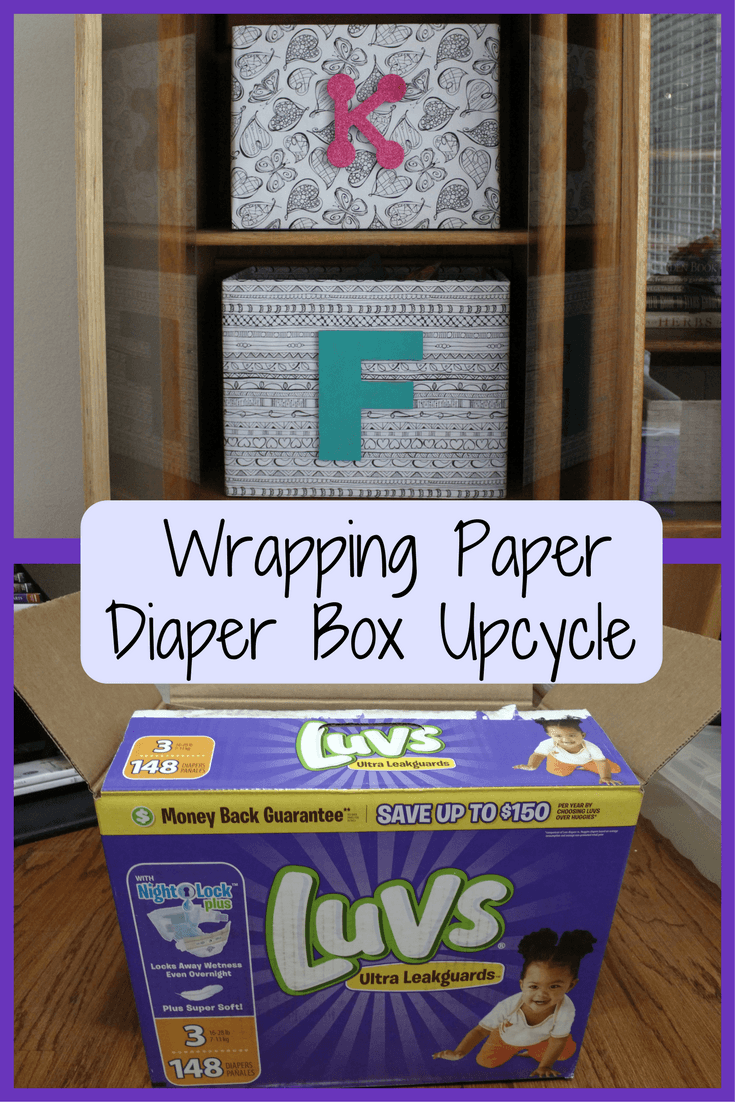