So, here’s the deal. I actually do cook…a lot. The majority of my meals are pretty simple, but I cook dinner almost every night. I am sometimes known for finding a recipe that I really love and over cooking it to the point where I can never eat it again. This vodka sauce pasta recipe is definitely not one of those recipes.

It’s also an easy, weeknight meal for busy moms and busy families who want a homemade meal but just don’t have hours to prepare something.

My husband grew up with his mom cooking pasta that had vodka sauce on it. As a growing boy, pasta was a delicacy in his household. I had never even heard of any sort of vodka sauce before I met him. However, once I tried it, I was hooked. His mom bought the super snazzy sauces you buy from the “top shelf” on the pasta sauce isle. To be honest, if you want a really great one, you almost have to buy one of the expensive ones that cost more than $9 a jar. The cheaper ones just never seem to cut it. For me, that totally isn’t worth it.

So, throughout the last ten years, I have done everything I could think of to get that delicious vodka sauce taste, without breaking the bank. In an effort to save that money during our poor college days, my husband and I decided to create our own vodka sauce. Let me tell you, unless you are an excellent cook, don’t even attempt it. My husband and I were so proud of ourselves at that time.

After a while, we started feeling really good while eating the very “vodka” flavored pasta. Apparently, it takes a lot longer than we had thought to cook the alcohol out of the vodka. Anyways, it is definitely a fun story that we laugh about now, but not something we will ever try again.

Because of this, I continued to be on the lookout for a cheap and delicious vodka sauce. Couldn’t find one. However, I did FINALLY find the perfect combination of sauces. Together, they are magnificent. I get double the amount of sauce for less than I would one of the more expensive brands. I for sure count that as a win!

Read on for this vodka pasta sauce recipe, which I think is made better with a little sausage added in with the noodles and sauce. 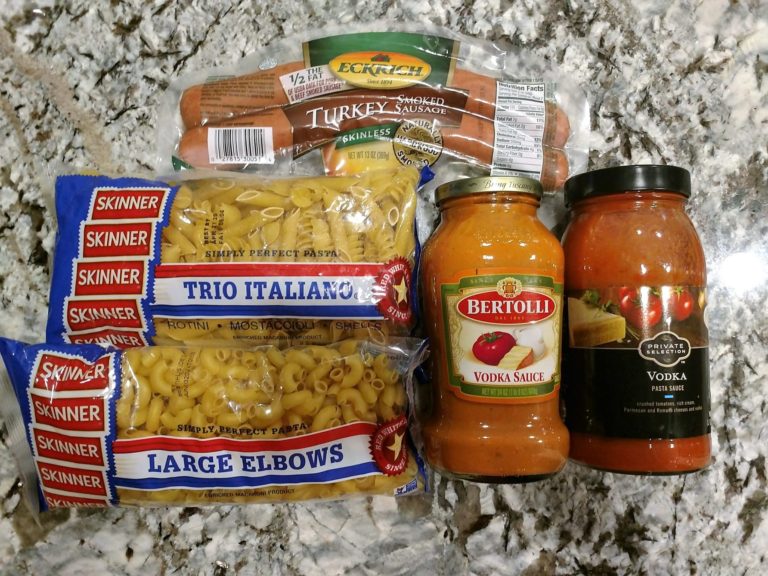 Begin with your ingredients. You can choose whatever shredded cheese you love. 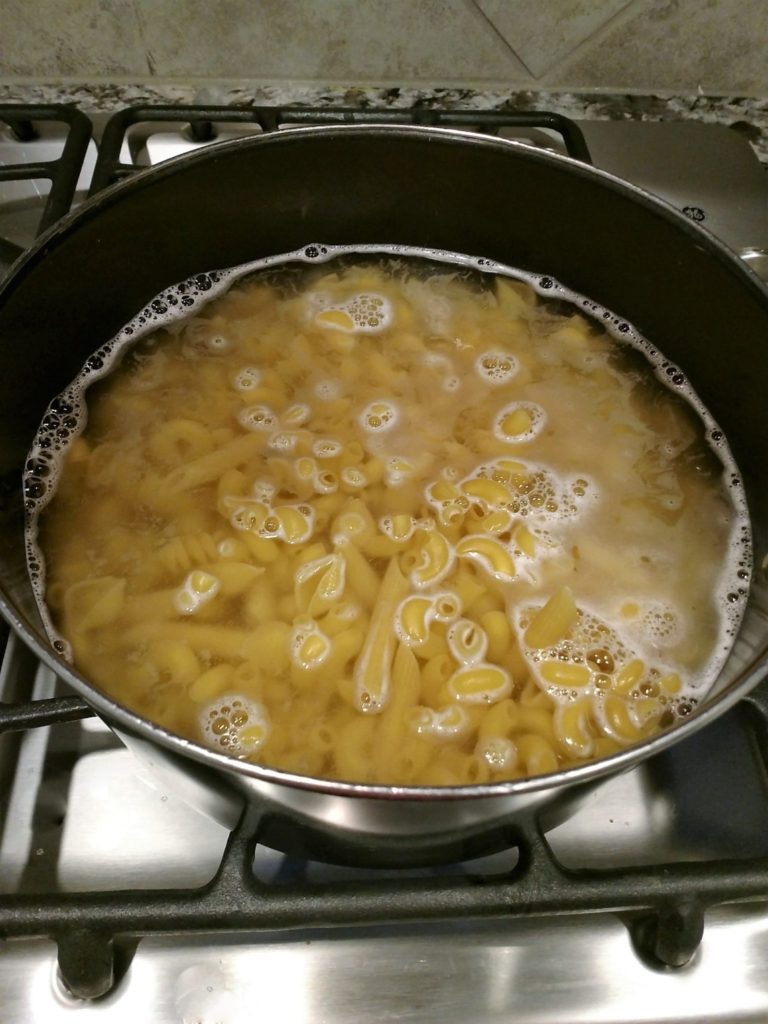 Boil pasta according to package instructions. 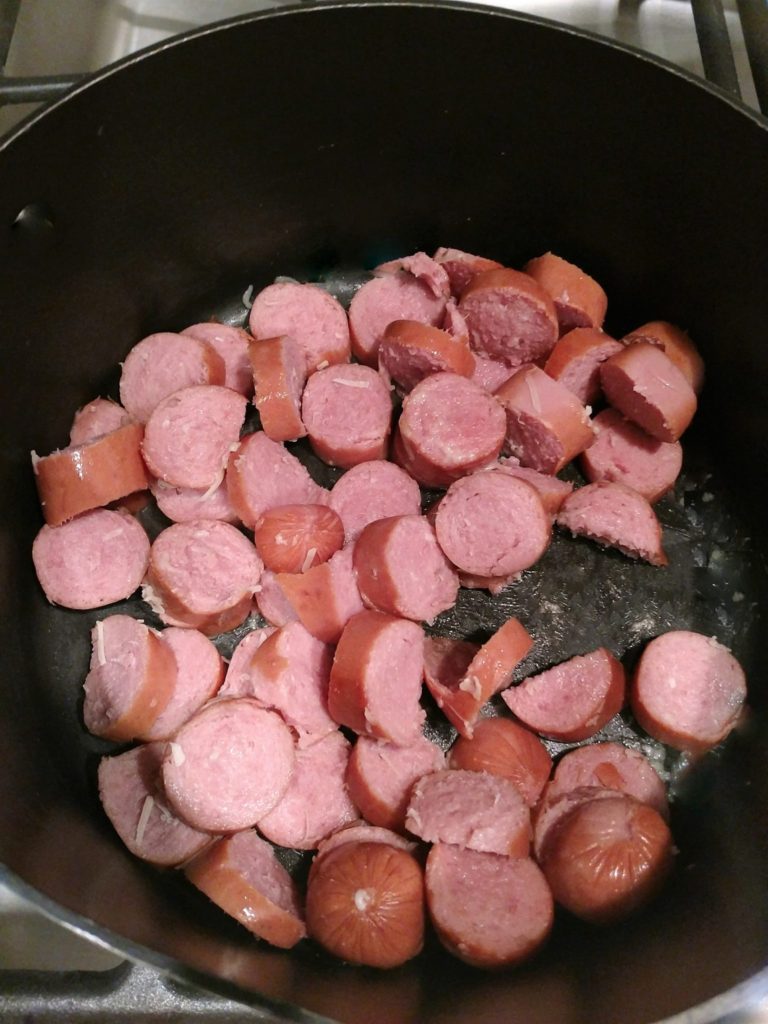 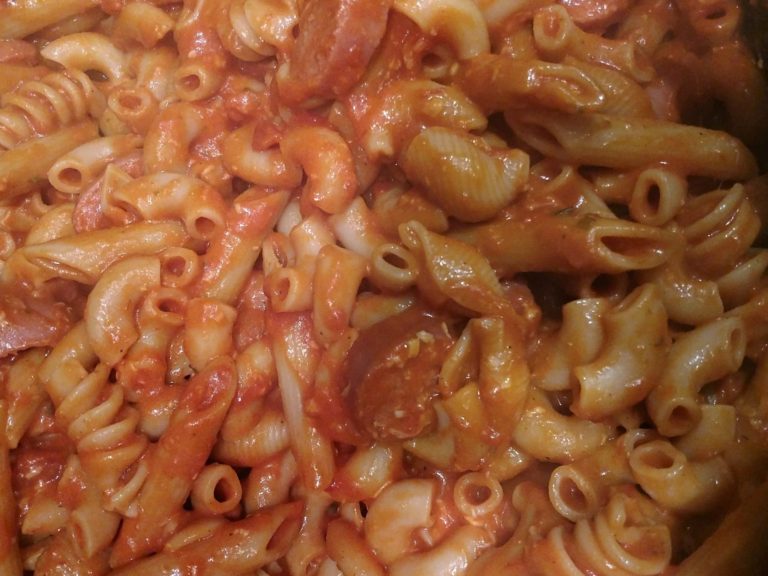 Add both jars of vodka sauce and stir. 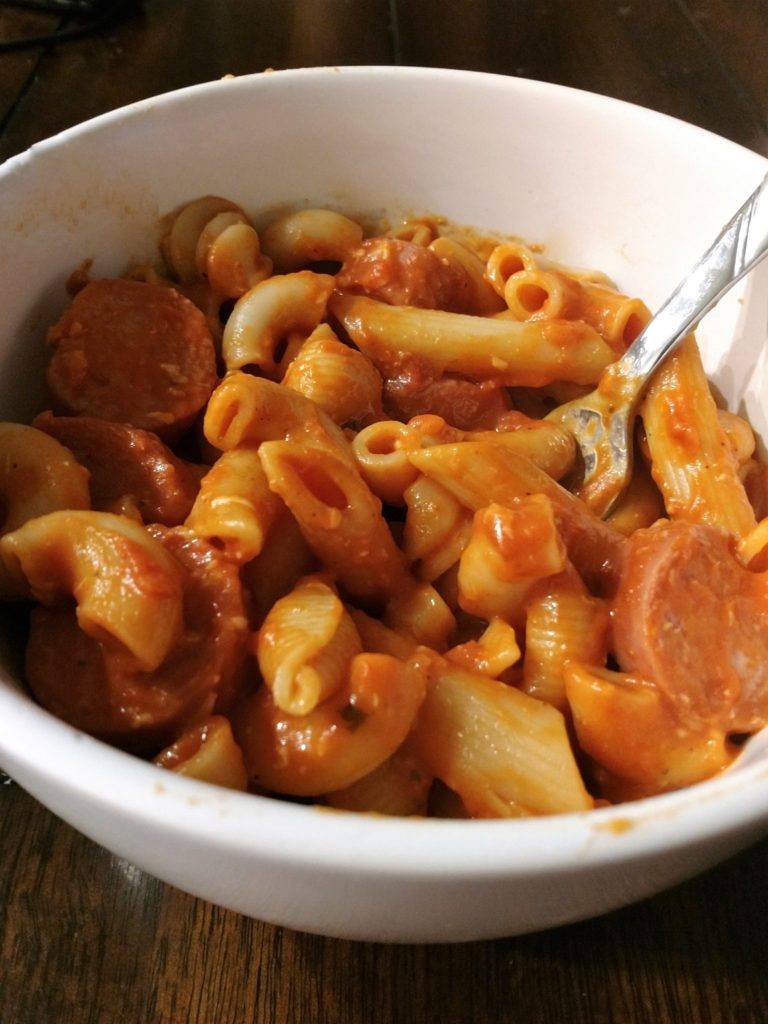 Mix your favorite shredded cheese in and enjoy!

This vodka sauce pasta is best served warm. It will hold in the fridge for up to three days. 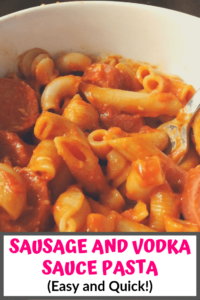 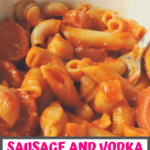