One visual teaching tool I like to have in my elementary school math classroom is this anchor chart for fractions. It helps students master the process of adding and subtracting fractions, which can be a difficult concept for some students.  Mastering this building block concept is important, because teaching more complicated math involving fractions rests on understanding basic fraction operations. 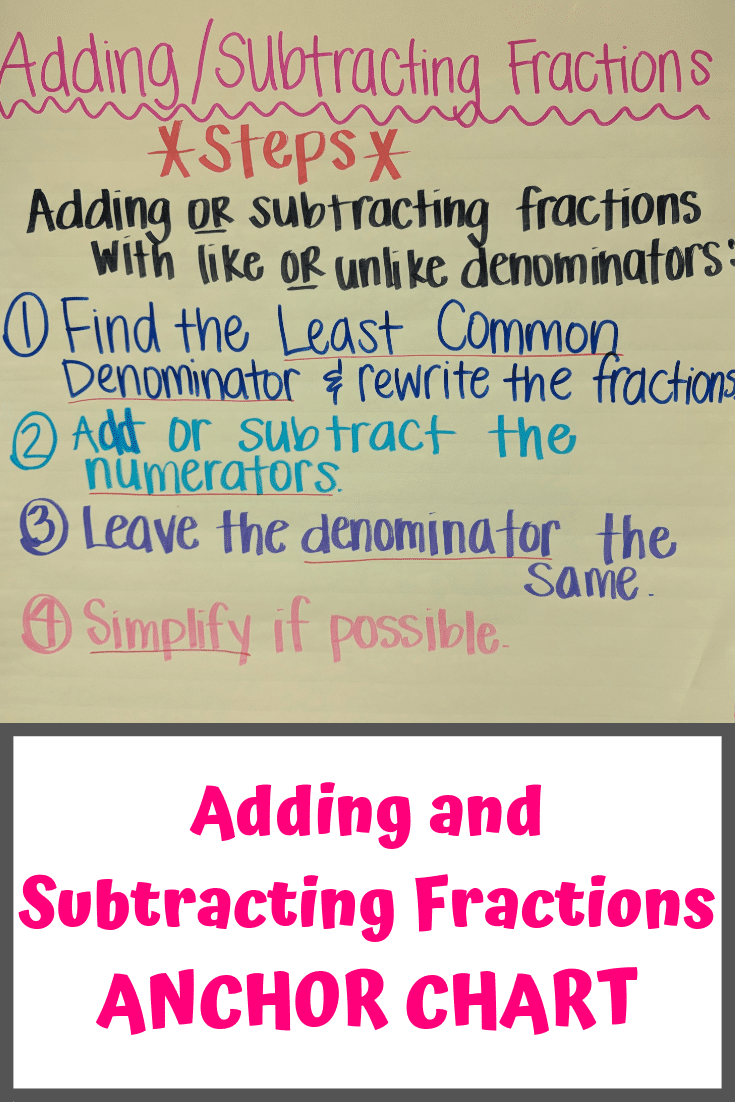 Creating this anchor chart with my class helps them master the concept of adding and subtracting fractions.

I find it most effective to create the anchor chart along with my students. If the first chart turns out messy, I recreate it when the students are home for the day. Going through the process with them though helps them visualize and learn better.

As we are creating the anchor chart, we do a few examples of adding and subtracting fractions so they can go through the entire process.  I use examples where the denominators are the same and different.   After they understand the process of adding or subtracting two fractions, I’ll give them three or four fractions to see if they can extrapolate the concept further.  I also don’t make it to where finding the least common denominator of multiple fractions is too difficult.

Also, even though you have an anchor chart, it’s still important to teach the “why” of how fraction addition and subtraction works first (or at least while creating the visual.)

Here are the steps: 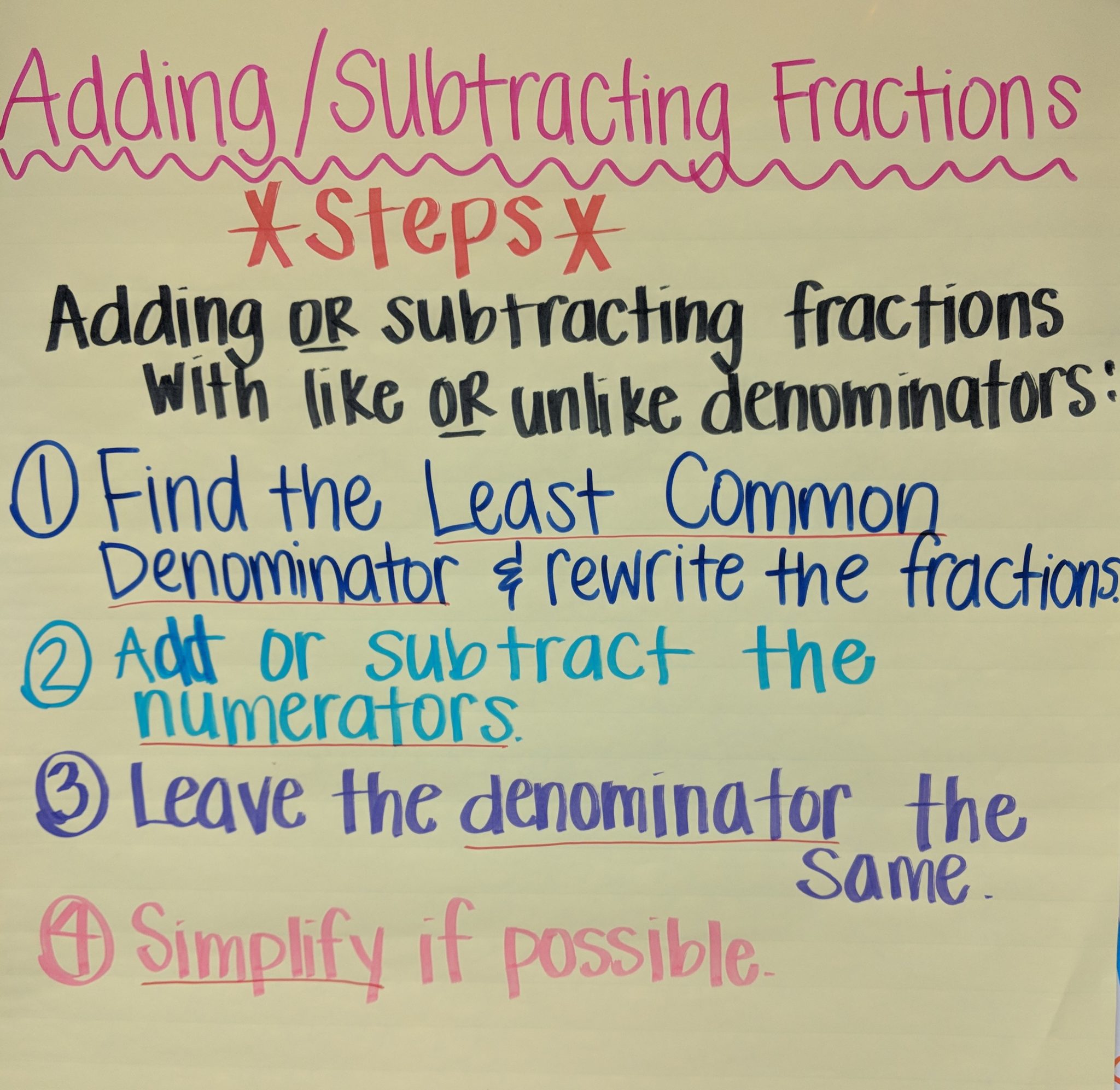 These steps allowed my students to master how to add and subtract fractions.  So far, I’ve felt like the anchor chart has provided a great visual reminder for my students.  When the chart comes down for state testing, I often find them staring at the place on the wall where the chart was while reminding themselves of the steps.

This anchor chart is a part of my must-have math anchor charts for my third and fifth grade math classrooms.  These have been a great teaching tool for my students!