I’m a huge fan of Michael’s grab bags.  My husband cringes every time I come home with handfuls of cheap bags of goodies.  Sometimes there is some really good stuff in there though!  Often I end up donating several items from each bag, but I definitely get my money’s worth each time.  A lot of the items in there are broken or scuffed up, but that is just more inspiration for me to find a way to upcycle them.

This painted canvas came as part of a Christmas grab bag.  Besides totally not being my style, it had several scuffs and marks on the front.  It had a great wooden frame though, and I thought it was worth saving for a future project if the inspiration struck.  I just had to figure out how to reuse a painted canvas in a fun DIY project. 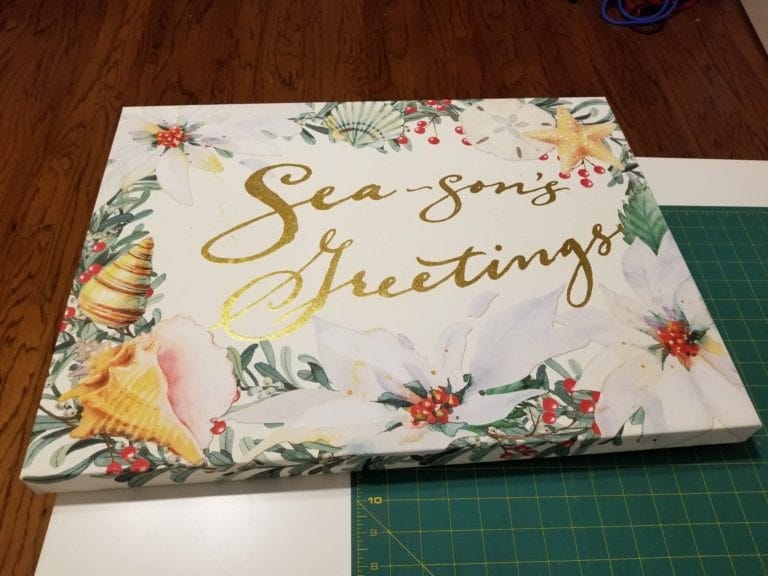 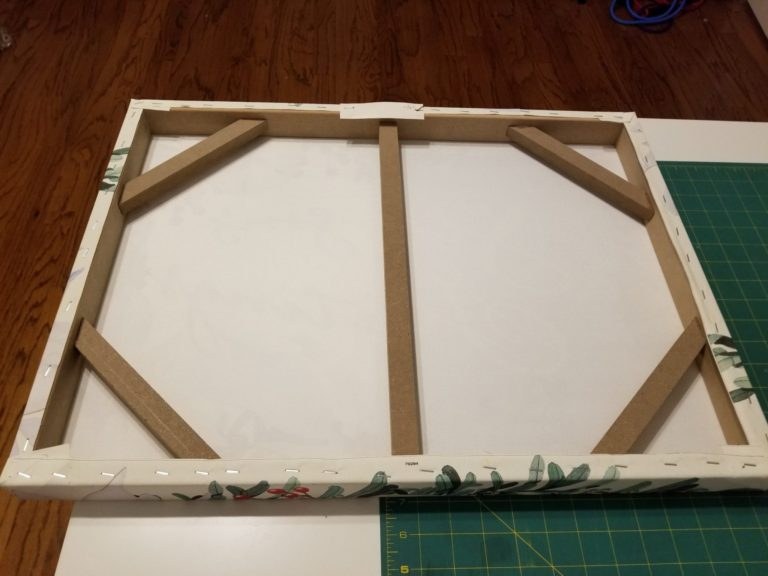 We Needed a Fabric Bow Holder!

I needed a place to organize all my daughter’s bows.  Now that she’s almost 3, her poor previously bald head is now covered with about 2 inches of super blonde hair.  FINALLY, the moment I’ve been waiting for!  I can fix her hair!  So I bought all these bows and just needed some way to store them.  My mother-in-law had also been giving us bows all along the course of these last three years, so those needed a place too.

I had originally decorated her nursery with a pink owl theme.  My mom had made her a quilt with themed fabric, and then I was given the remainder of the fabric for my crafting pleasures.  I decided it would be fun to incorporate the owls into her bow holder, and using one of the fabrics and that canvas for a frame would work out just swimmingly.  I had already used the fabric to make a growth chart also! 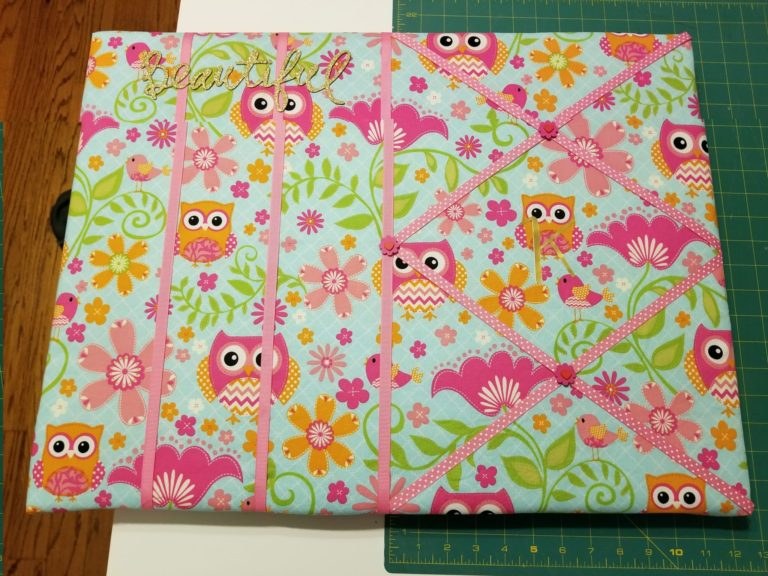 And here it is with some bows on it: 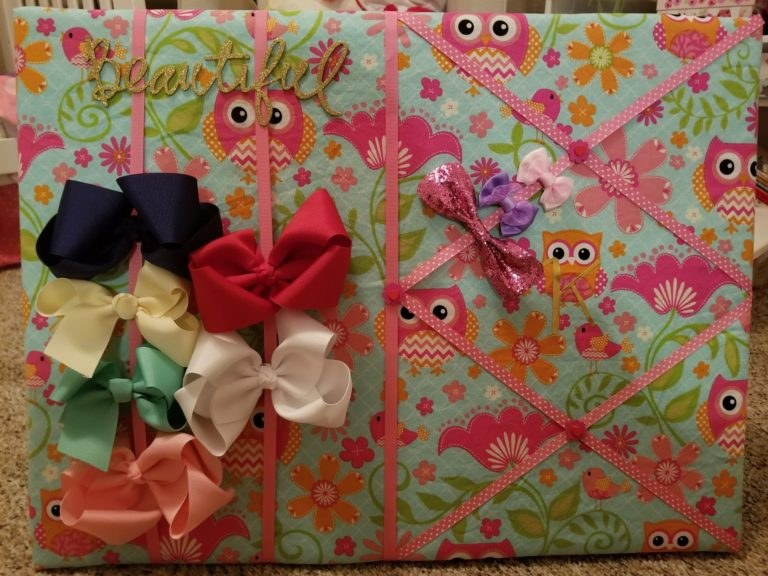 Make Your Own Bow Holder Supplies

To make your own fabric bow holder, here’s what you’ll need

While this list seems really long and possibly complicated, completing this canvas upcycle to DIY bow holder took me less than an hour!  It didn’t take a whole lot of skill, either.

DIY Bow Holder Tutorial – How To Reuse a Painted Canvas!

First, I cut a piece of batting the size of the canvas and glued it on with a hot glue gun.  You’ll want to glue it on to the front of the canvas where the painted picture is.

Then I ironed my fabric and cut it to slightly larger than the canvas by about 1.5 inches.  Pulling it tight, I used my handy dandy staple gun to staple it to the frame of the canvas.  Super easy.  Again, you’ll want to put the fabric over the batting on the front of the canvas and stable it to the back of the wooden frame. 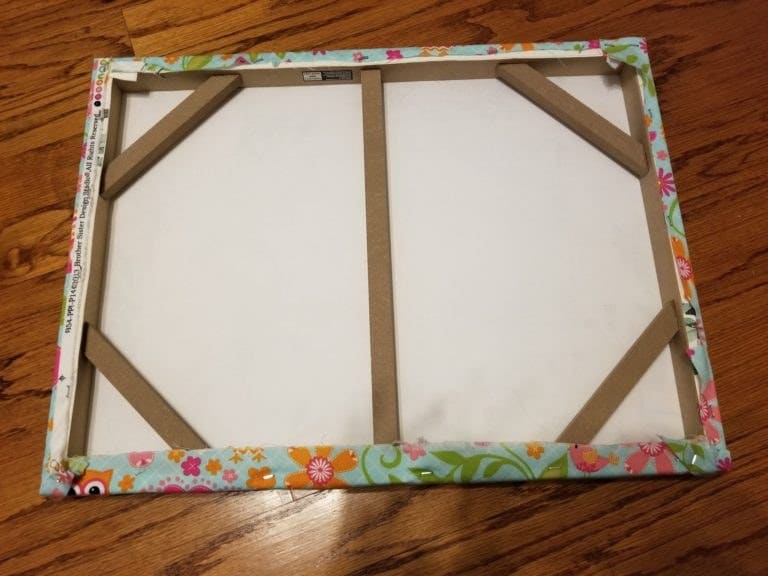 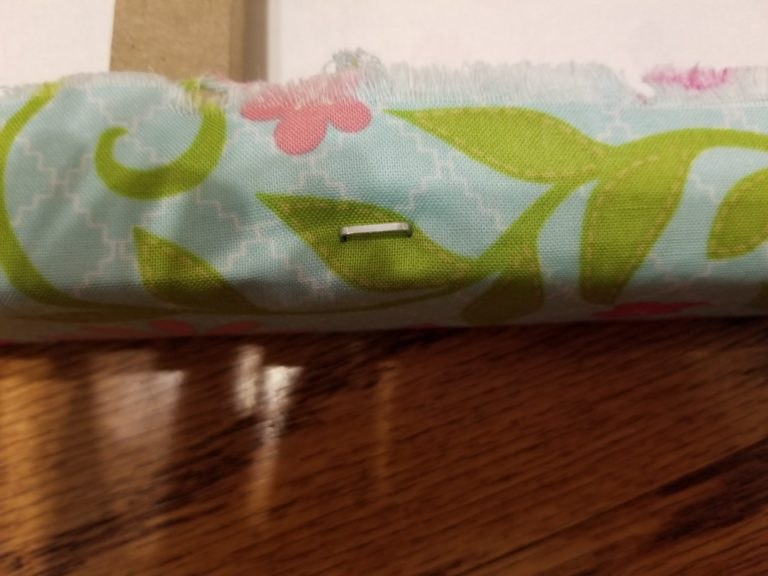 I then decided how I wanted the bows to be organized.  I wasn’t sure if my daughter would even like bows, so I decided the right side of the holder might be made to where it could be either for bows or one days pictures when she’s a little older.   The left side of the holder is just for bows for the time being.

I cut out ribbons and stapled or glued them onto the canvas frame.  This took longer than it should have as I tried to measure and make everything PERFECT. 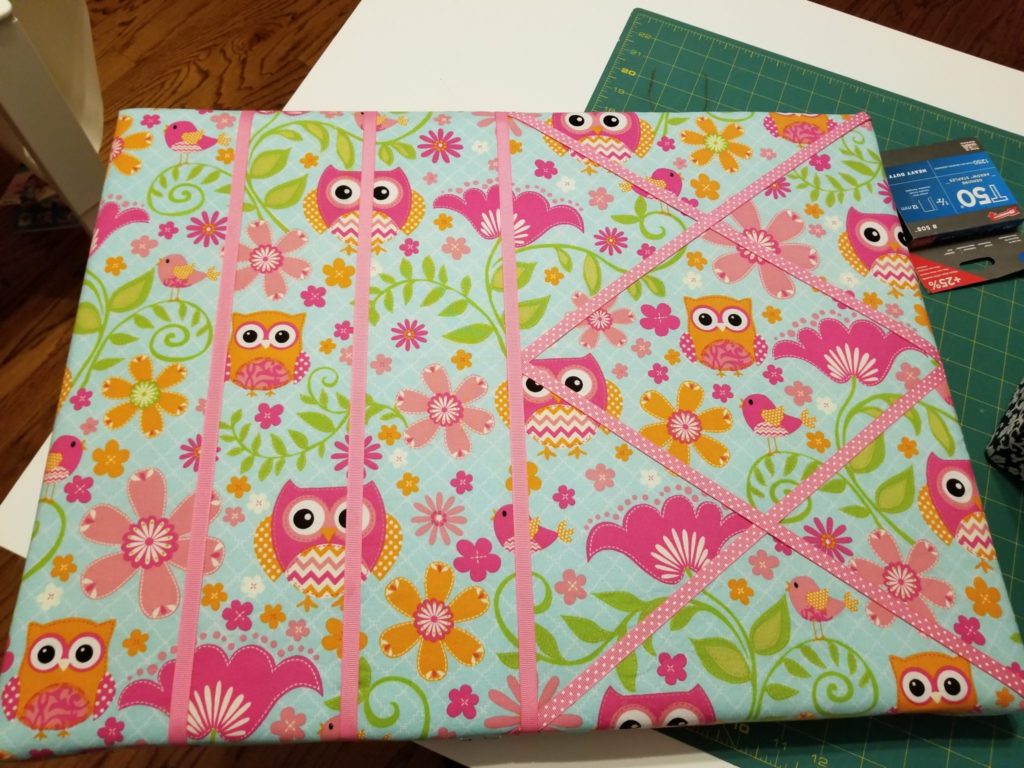 The ribbons were stapled on the back of the old canvas while I ended up gluing them on the front where they intersected.  Make sure not to glue the ribbons down all the way on the front, though, or your bows will not be able to slide under the ribbon. 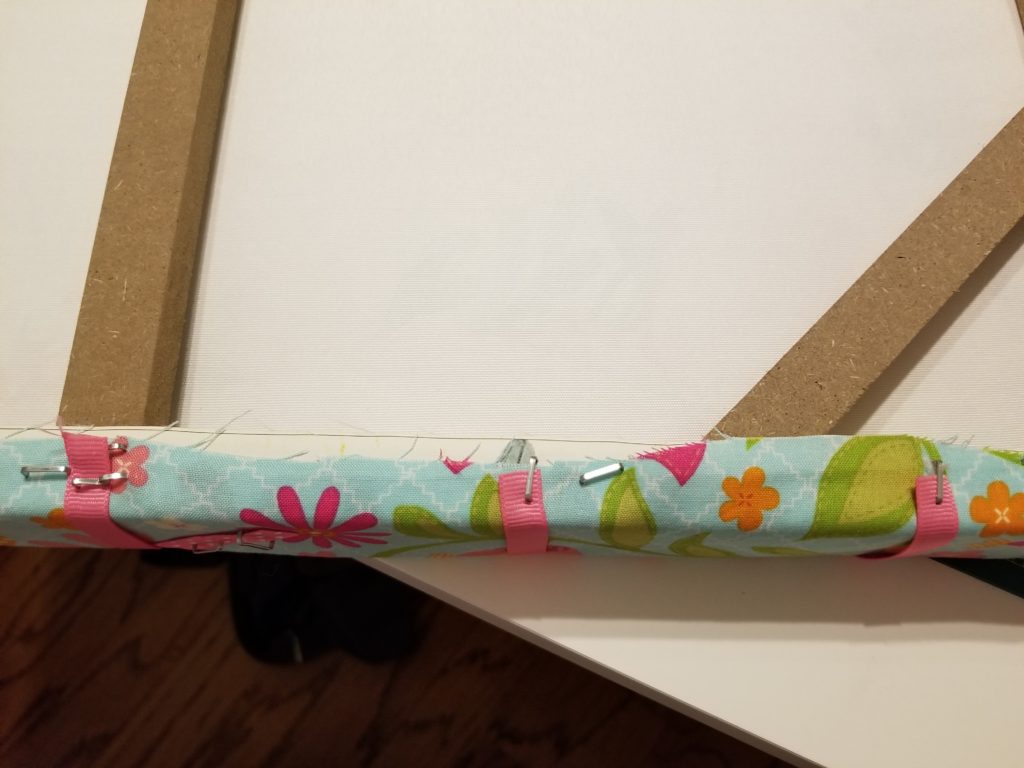 I also found cute wooden flowers to put on the intersections of the ribbons.  These were glued on as well.

In my craft room, I also had a gold letter K sitting around and a gold “Beautiful” sticker.   I think these added a little something to the board also.  Unfortunately, the lighting stunk when I took pictures of the holder, so the gold doesn’t pop as much in them as it does in person. 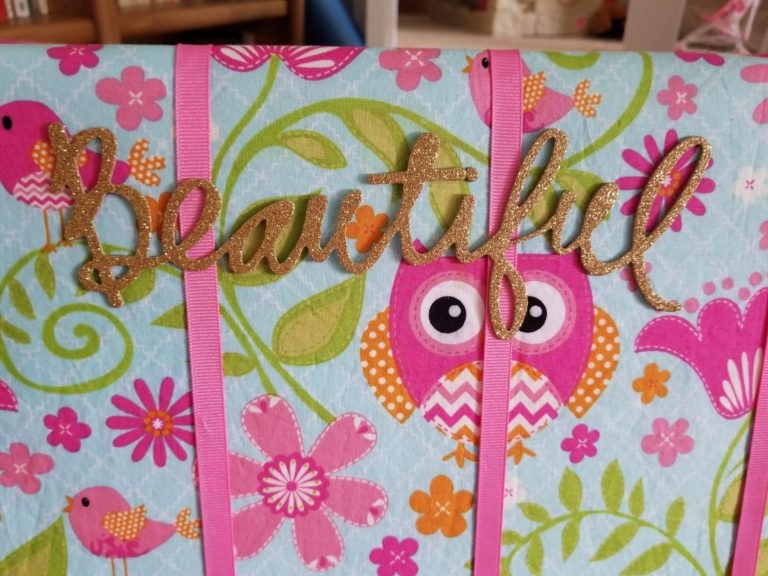 And that’s our new super cute bow holder.  My favorite way so far that’s I’ve seen for how to reuse a painted canvas.  What do you think? 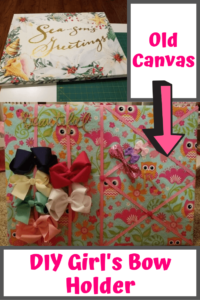