When shopping with my daughter last week, we came upon the cutest pom pom Christmas tree.  She urgently needed it for her room decor.  There was no way I was going to pay $20 for something I could craft for $3, though!

That’s how the idea for this DIY pom pom Christmas tree craft was born. I want to share a quick tutorial so you can design your own Christmas tree!

One awesome thing about this project is the basic supplies came from Dollar Tree. Thus, it’s a budget Christmas craft as well!

Read on for the full tutorial. 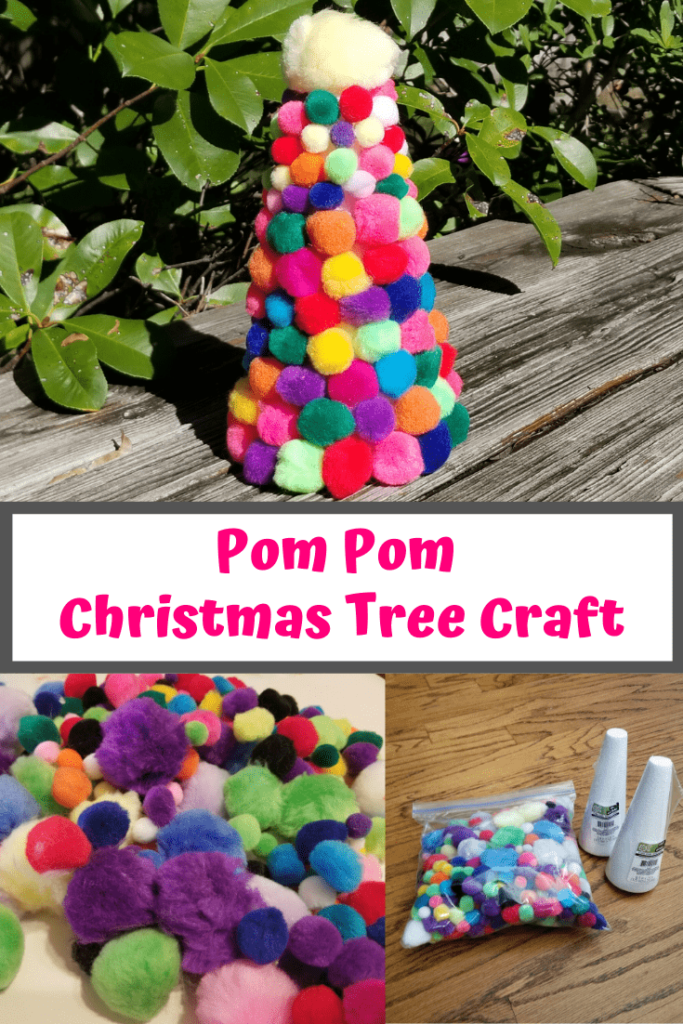 Since this is such a simple Christmas craft, you won’t need many materials at all!  Here’s what you’ll want to gather. 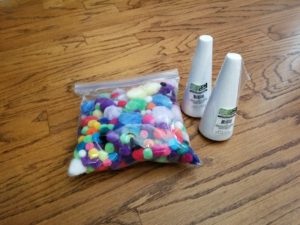 Note: I first tried using regular Elmer’s glue and making this a Christmas pom pom craft with my preschool daughter. However, the pom poms were just too heavy, and the glue took too long to dry. Thus, the pom poms would not stay where they were supposed to! If I put a ton of glue, I could get them to stay well enough, but it was just a pain.  I ended up finding hot glue to be the best glue option.  It dried fast, and the pom poms didn’t fall.

How To Make a Pom Pom Christmas Tree

Making the Christmas tree was an easy and relaxing craft.  It’s pretty simple to create.

My preschooler played around with Elmer’s glue and made quite the pom pom Christmas tree.  It was bursting with color and disorganized pom poms that were rolling off.  She thought it was hilarious that the pom poms wouldn’t stay put.

My tree didn’t have rolling pom poms, and I will proudly display it!  I found it most aesthetically pleasing to glue the pom poms in circular rows, starting first at the base of the cone and working my way up.  About two-thirds of the way up, I changed sizes of pom poms because the bigger ones were getting too bulky near the tip of the tree.

Here’s my DIY Christmas tree in all its glory!  My husband laughed and poked fun when he saw me staging pictures of it with nature as a background.  So I took another one with just our deck as a background.  I think it’s a little boring, but he says it makes the tree look less ridiculous. 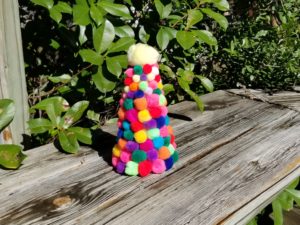 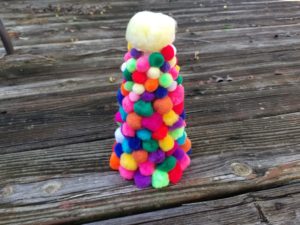 Anyway, Christmas preparation is in full swing in our house now, and we’re about to get out our Christmas pillowcase for my daughter to sleep on as soon as Thanksgiving’s passed us by!  I hope the beginning of the Christmas season is going great for you all as well!