Today’s easy repurposing tutorial is how to upcycle underwear to make doll underwear.  Using men’s boxer-brief underwear, you should be able to sew at least 2 pairs of doll undies! 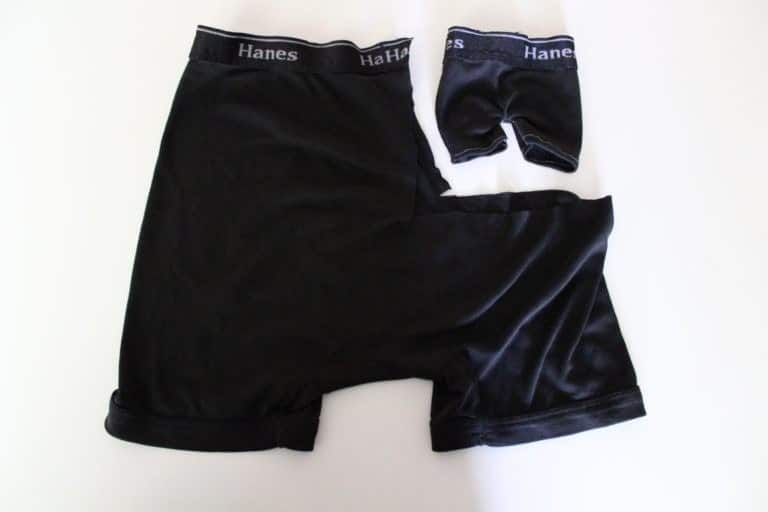 So I’m a horrible hoarder who can’t bear to get rid of anything. I’m always looking for ways to upcycle household items in new ways. Especially clothes! Fabric is expensive, but old clothing is free.  Some of my favorite upcycles I’ve done in the past are:

Doll Chair Out of Cardboard and TP+Paper Towel Rolls

What to do with old men’s underwear?

This time, my husband decided it was time to get rid of some of his underwear that were starting to lose their elasticity. It’s not like this is a donation item that would be reused, so it was perfect to craft with!

My daughter has also recently been really into changing her dolls’ clothes and pretend playing changing diapers with them. Since I’m always changing the baby’s diaper, I think she likes to mimic me. She also is super fascinated with potty training her stuffed friends and has noticed that her friends don’t have any underwear! (As an aside, here’s our favorite Elmo potty training book!)

Hence, this underwear upcycle idea was born to make her doll friends some underwear!  This took less than 5 minutes to sew, and each pair of upcycled men’s underwear made 2 pairs of doll underwear. I have our stuffed Elmo modeling in this tutorial.

Here’s how to make doll underwear!

Let me know if you want more specifics if this isn’t clear enough! (I used white thread on the black underwear to hopefully demonstrate well enough.)

First, turn the underwear inside out and pin the elastic band together at the top.  Then, cut out the underwear for the size you want for the doll.   Add 1/2″ or so to the length for a seam and 1/4-1/2″ to the width. 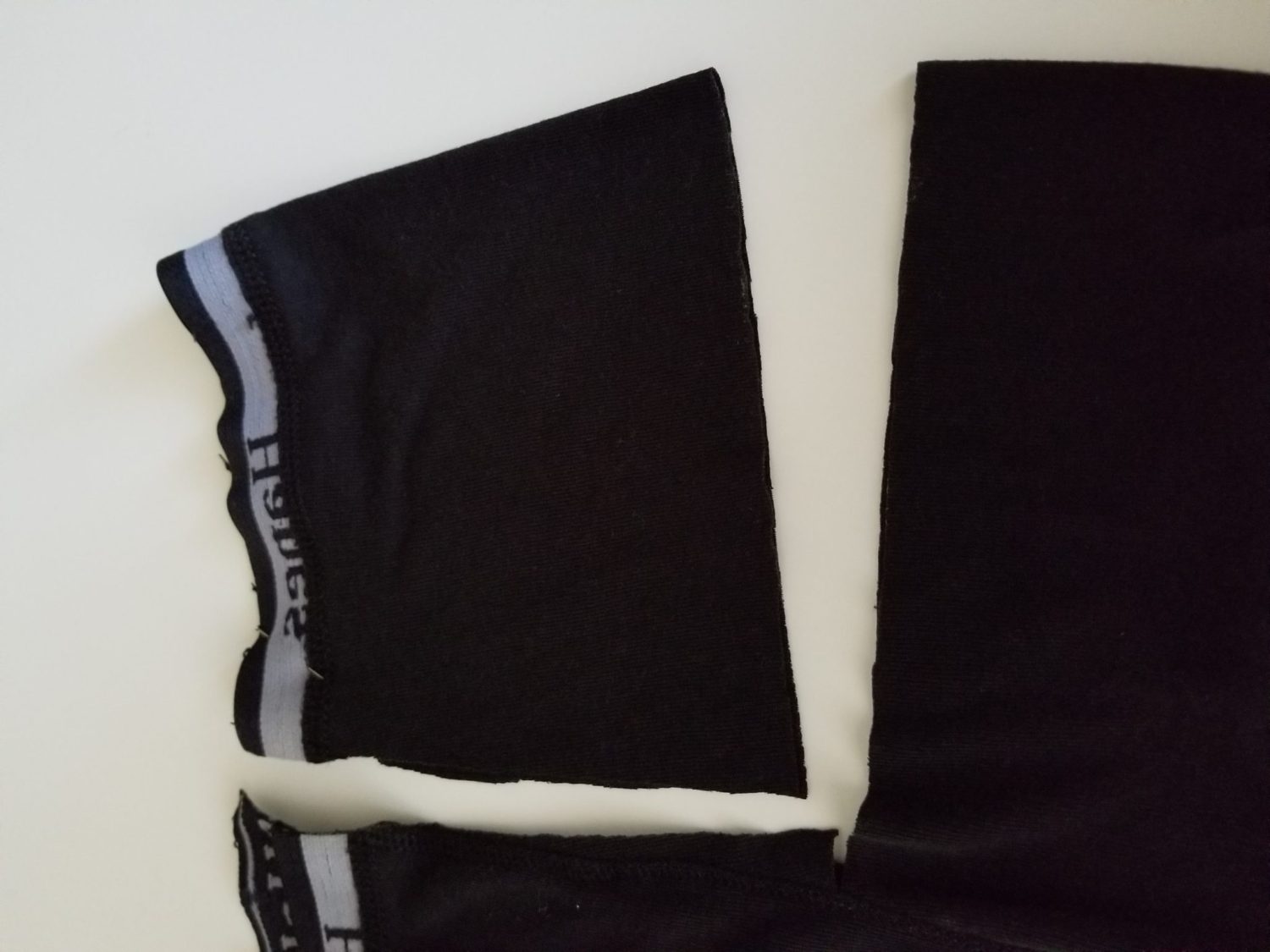 Sew perpendicular to the elastic to make the sides of the underwear. Trim the fabric if desired to make a prettier seam when you turn it back inside out. 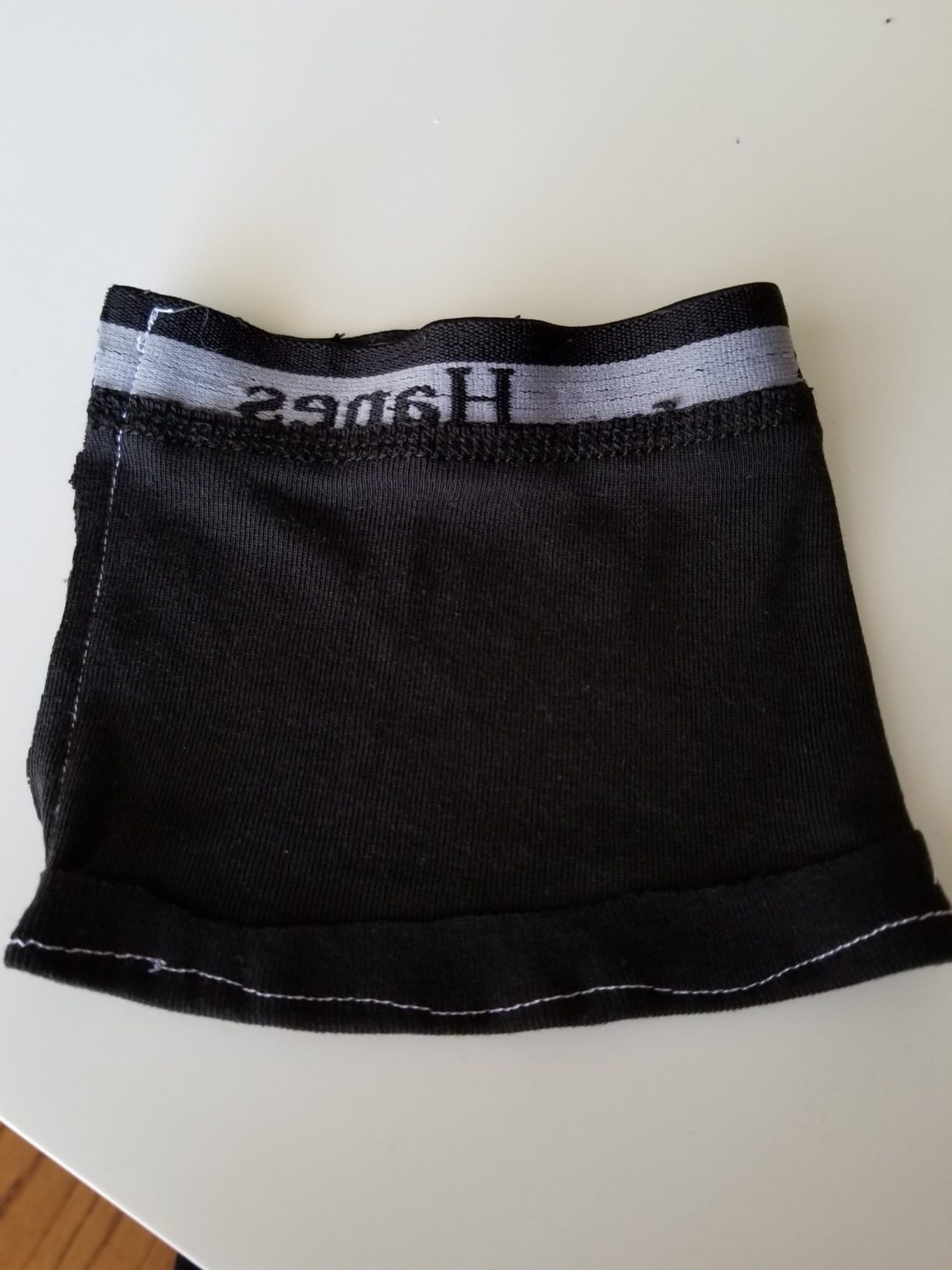 Next, sew in the crotch. You’ll want to measure the doll’s legs to determine how wide you want the legs and how much space between them. In this picture, I sewed a v shape, but in subsequent underwear making iterations, I found that more of a U shape allowed for a better look in the crotch.  Make sure that your threads will be secured at the intersection (reverse stitch here) so that the ends won’t loosen when you later trim out the U shape. 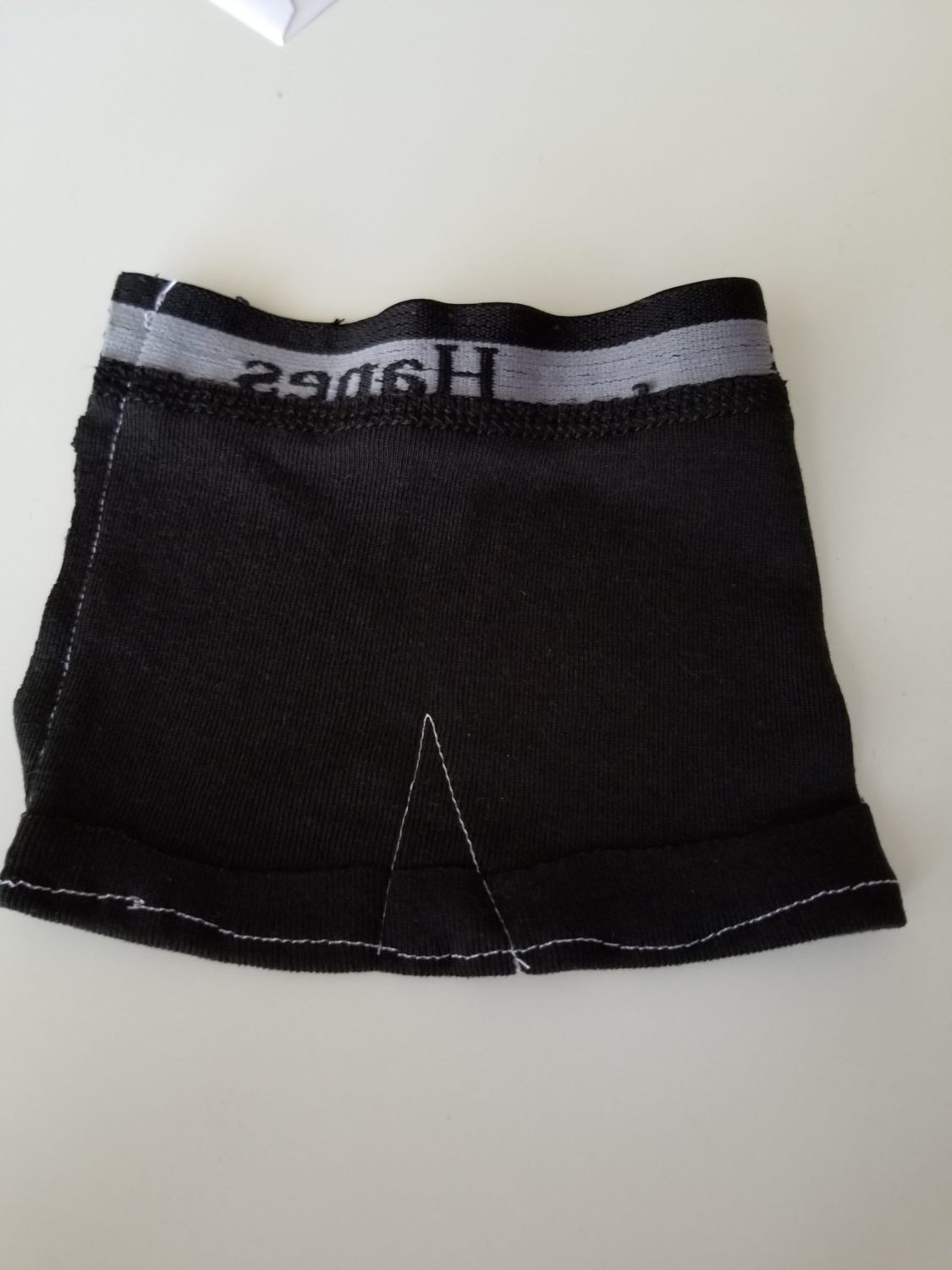 Once you’ve sewn the U into the upcycled underwear, use scissors to cut out the inside material. The closer you cut to the seam, the better these will look.  Just make sure not to cut the stitches! 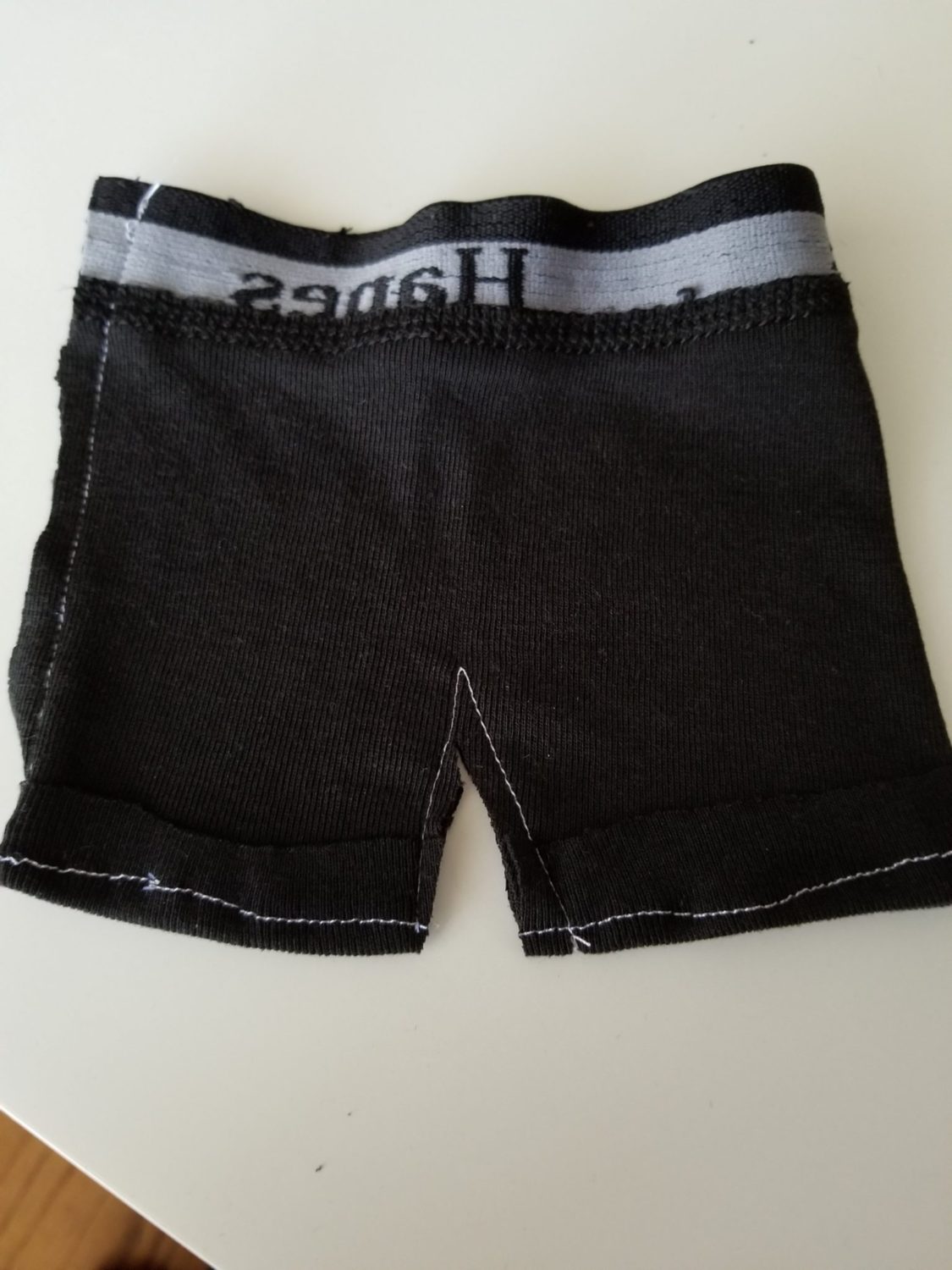 And then you’re done! Turn the underwear back the right way and that’s it. Only 3 seams pretty much to make doll underwear. My daughter is loving hers so far! 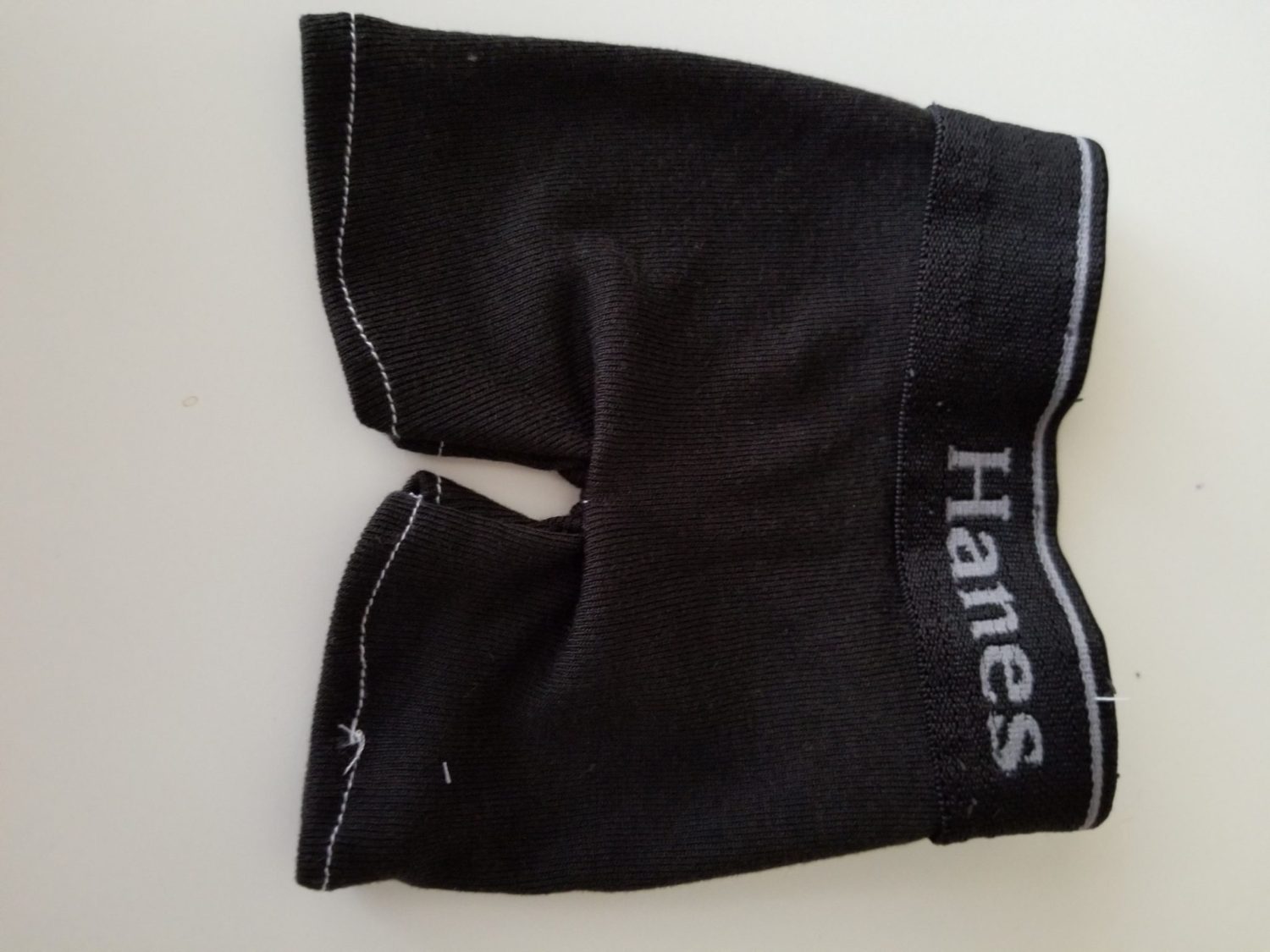 Check out these pics of Elmo sporting his new upcycled underwear: 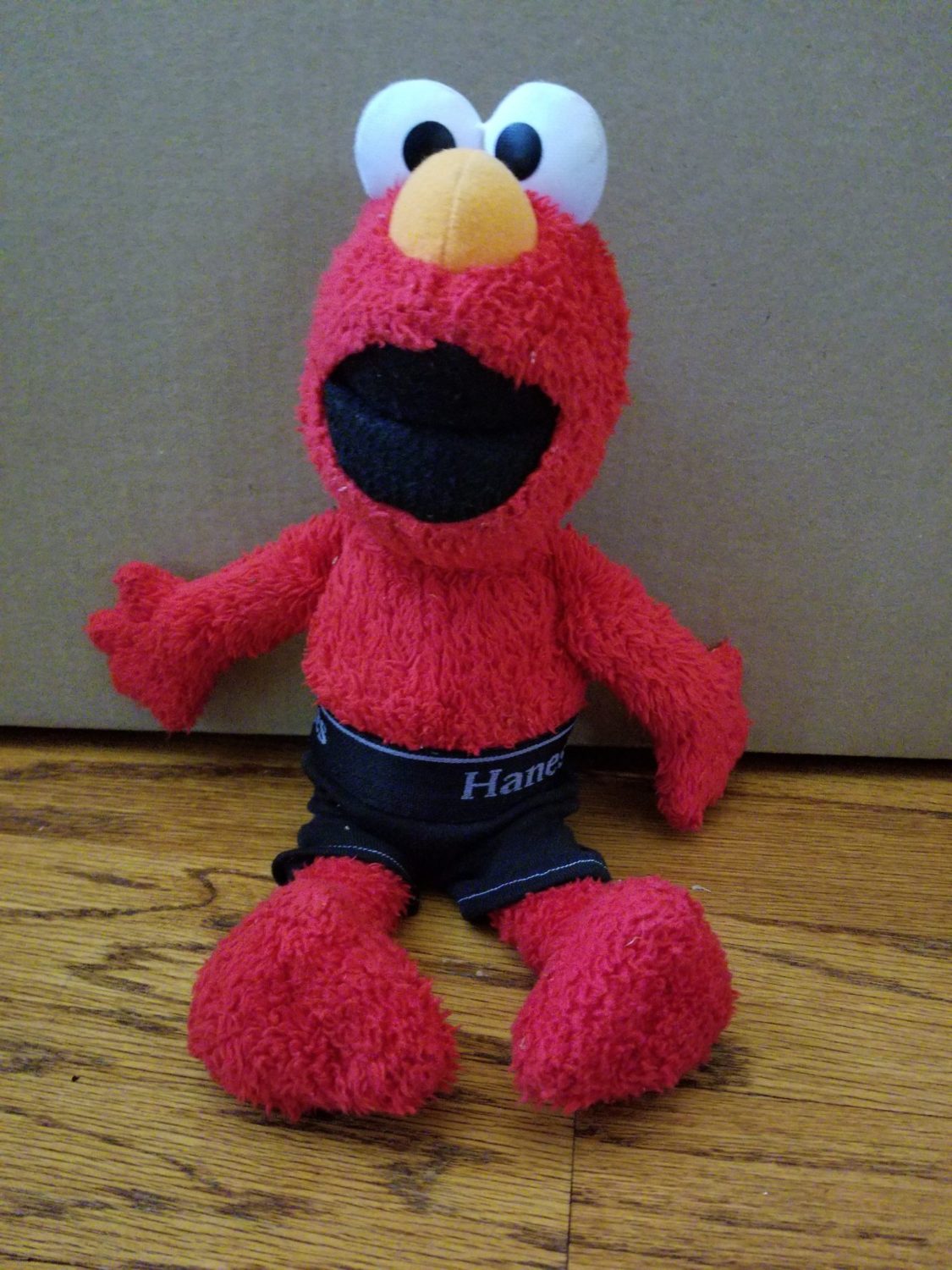 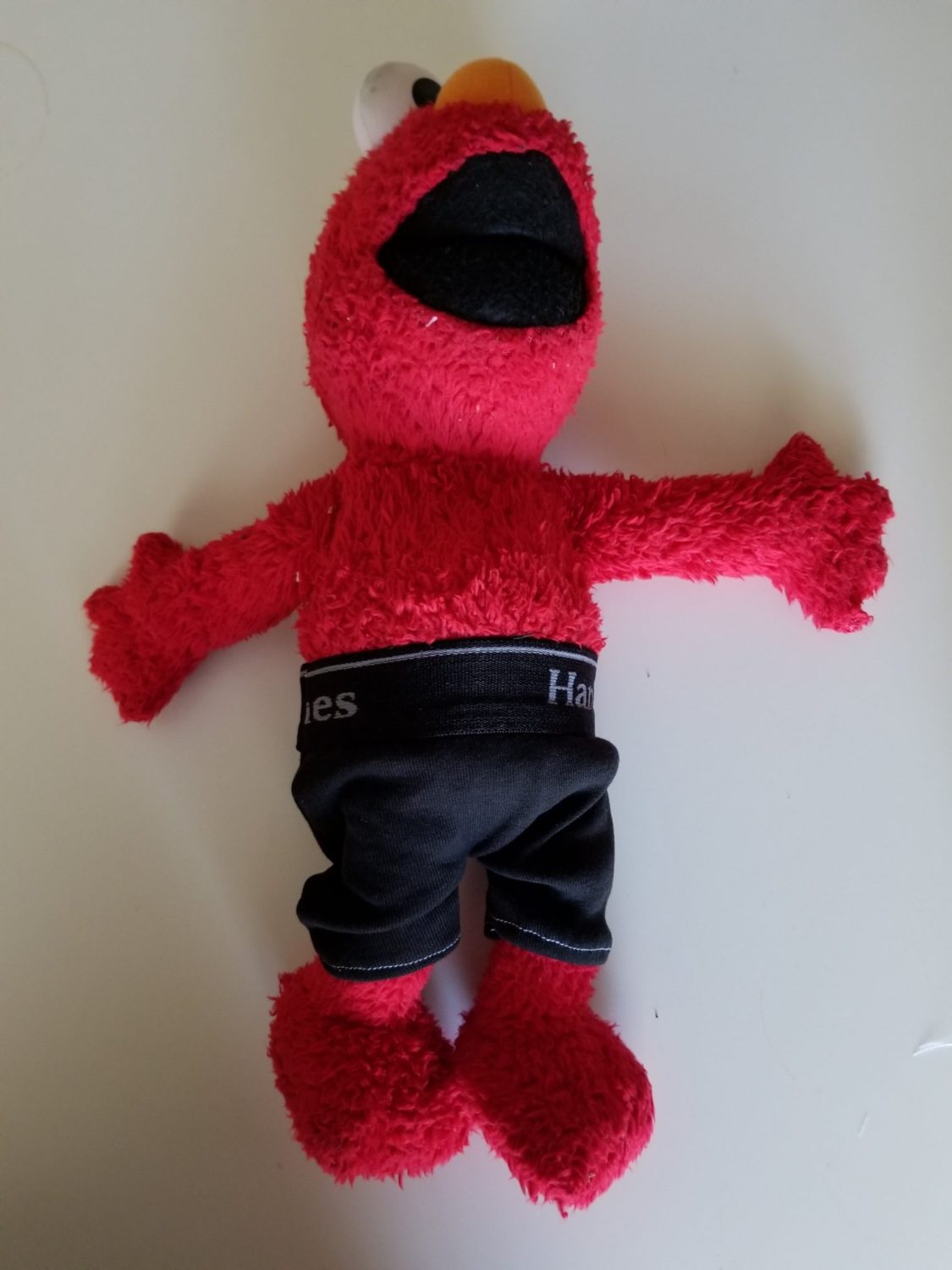 Here’s another pair of DIY doll underwear I made for him in gray! 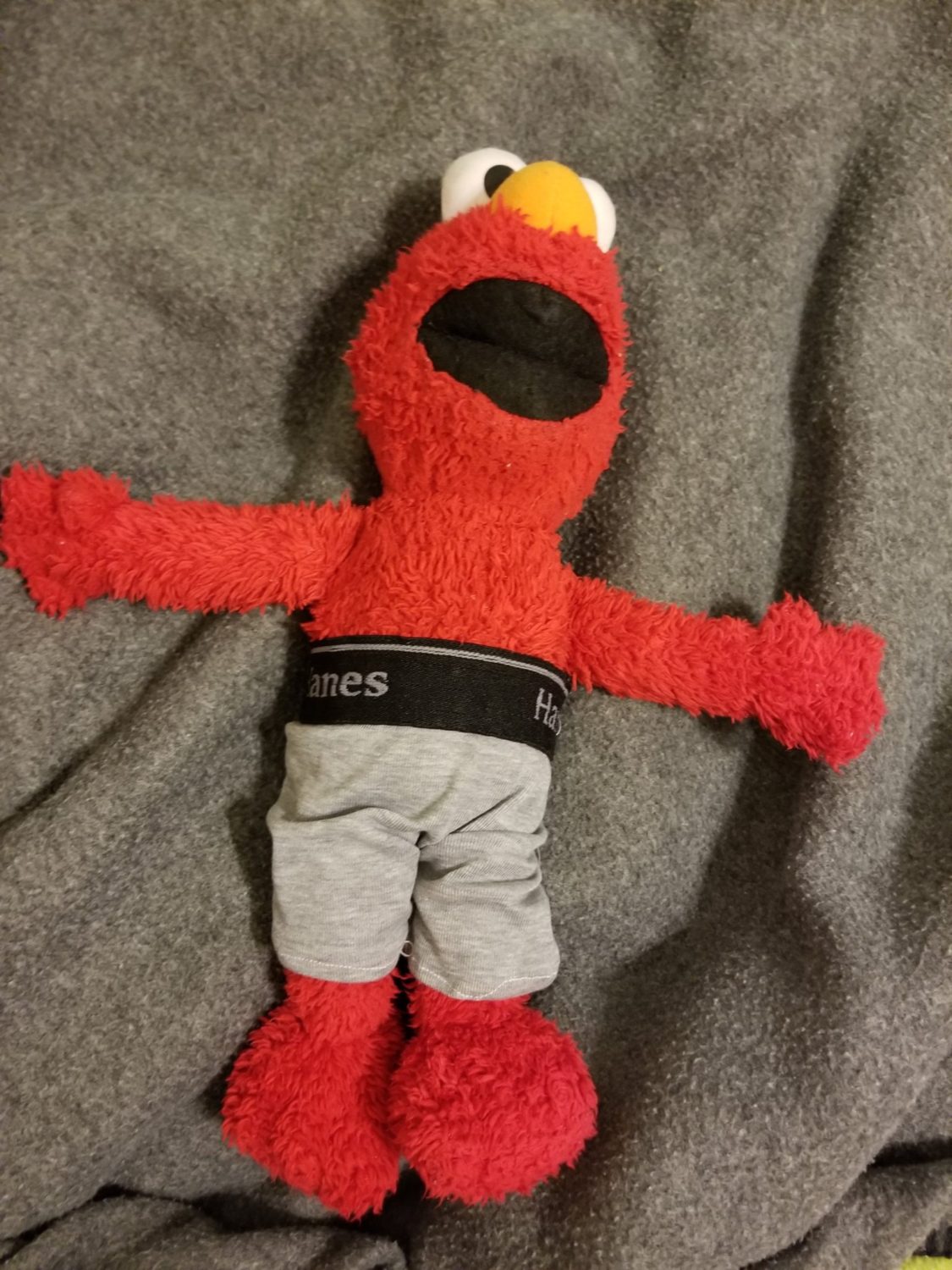 Any other ideas y’all have for how to upcycle underwear? Let me know in the comments!  We always end up throwing out underwear because they’re not something you can donate.  And I just hate throwing away things and being wasteful! 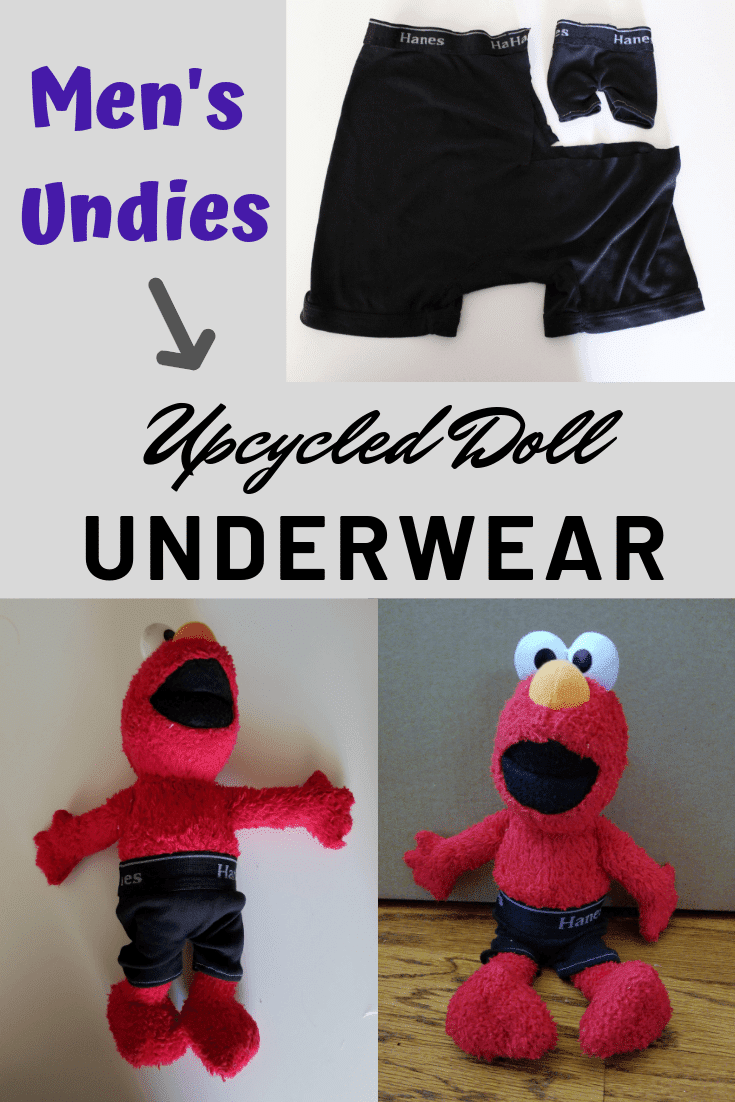