My husband recently turned 30, so I threw him a huge bash!  I wanted to throw a snow cone party after buying my awesome snow cone maker, but I decided to expand that a little and throw a whole “cool” themed birthday party.  Since hubby’s birthday is in the middle of summer, this is a perfect time to have an ice cold party! 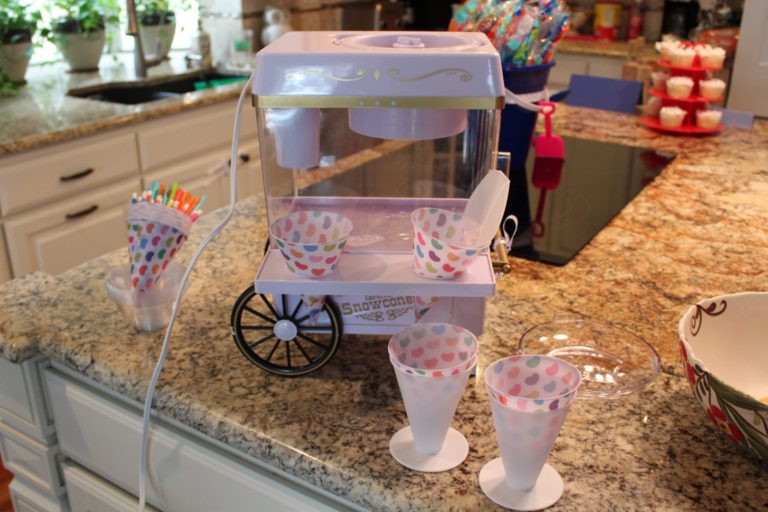 I started with the banner I made that said “30 & Still Cool.”  Honestly, we are a super cheesy family, and my husband makes a lot of puns and jokes that aren’t really funny to anyone…but me…and sometimes only because I’m his wife…so he naturally loved the banner and the party theme based around it. 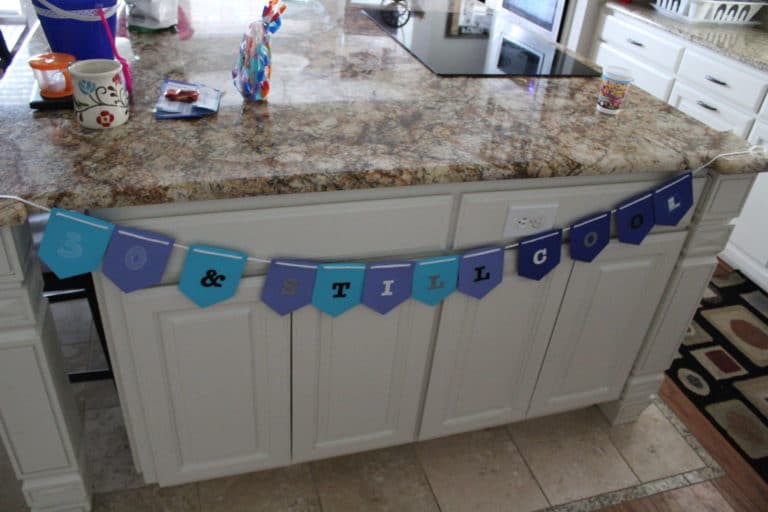 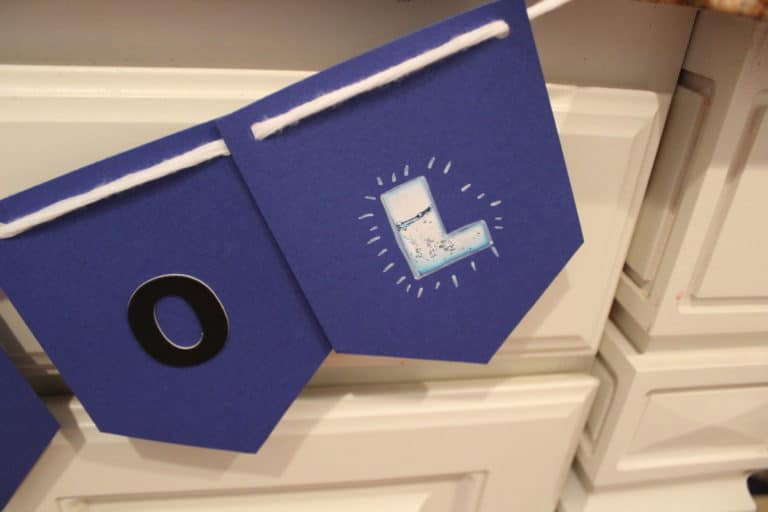 I also had this great cocktail umbrella hanging ball that I made a little while ago that worked just perfectly as another decoration. 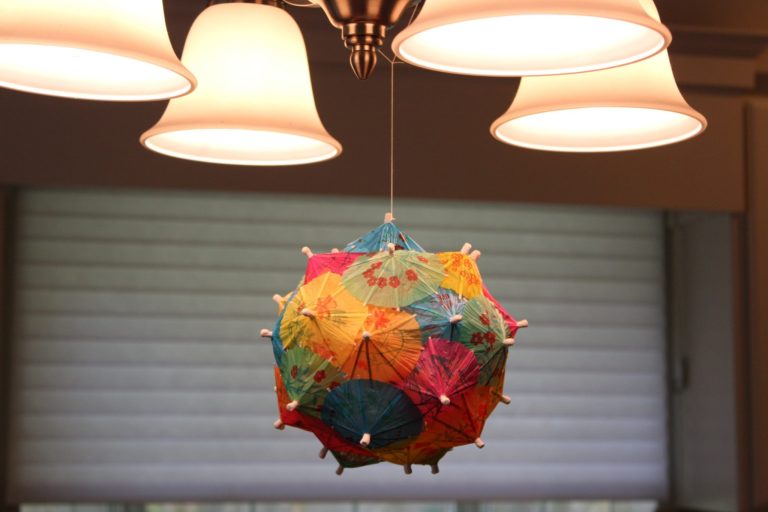 I had 5 snow cone flavors for guests to choose from.  I used mini squeeze bottles with chalkboard sticky labels to hold the syrups.  Blue raspberry lemonade, peach mango, and black cherry were all made from Kool-Aid packets using this recipe.  The mojito and peach daiquiri were the two alcoholic options.  If I had to do it all over again, I’d just scrap these two snow cone syrups because they took so darn long to make, and this Momma ain’t got that much time! Also, I think this is a fun website to bookmark if you are looking for other snow cone combo flavors. 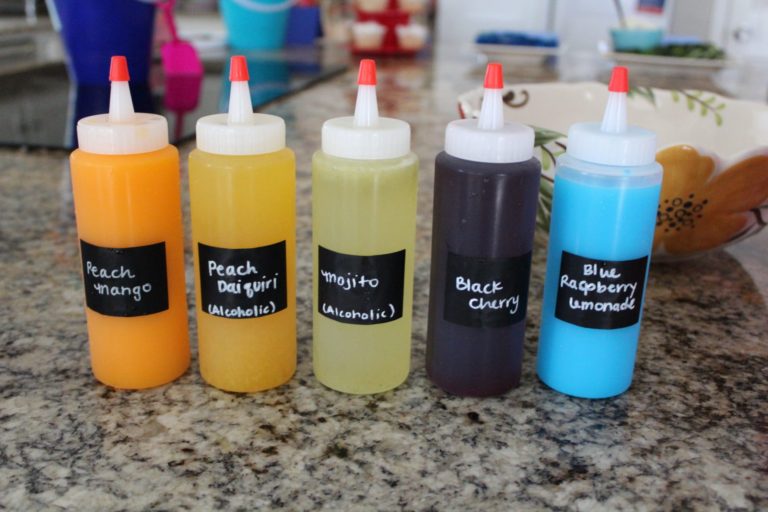 I also spent an arm and a leg on cute snow cone cups and straws, but it was so worth it to bring back good childhood memories!  I put some mini cocktail umbrellas in the cups too in case anyone felt so inclined to include them in their snow cone. 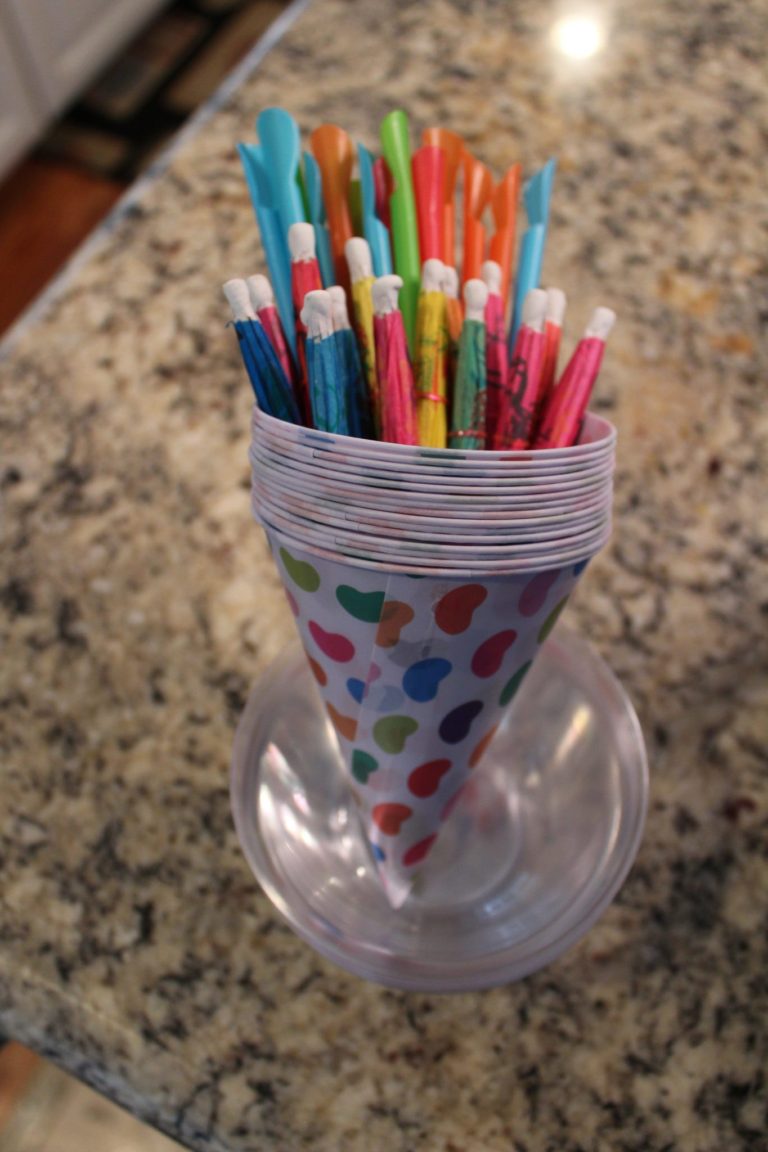 The food was all themed and had cute little labels that went along with the banner.  Check out the awesome puns here: “30 and still as cool… 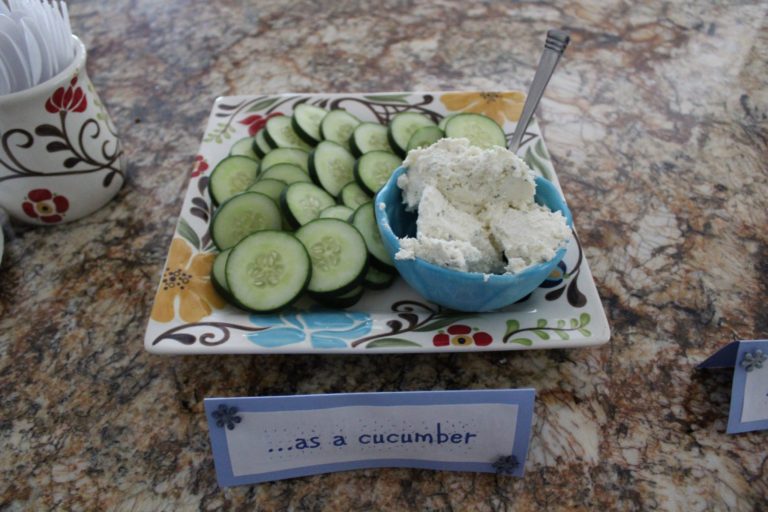 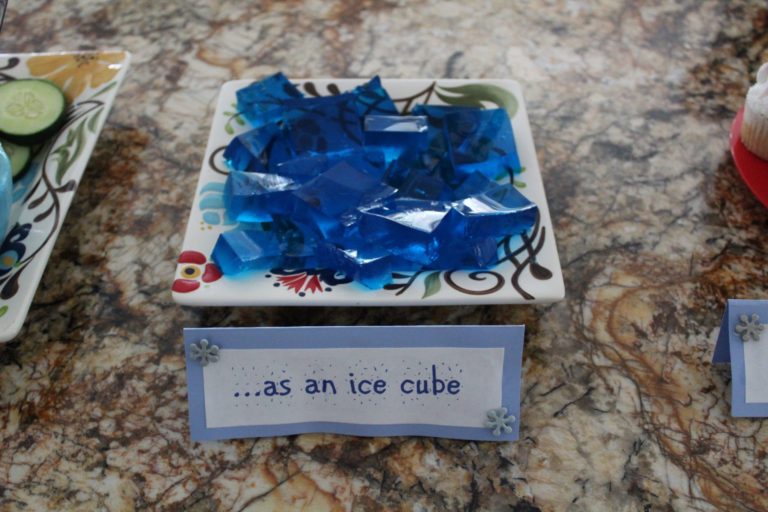 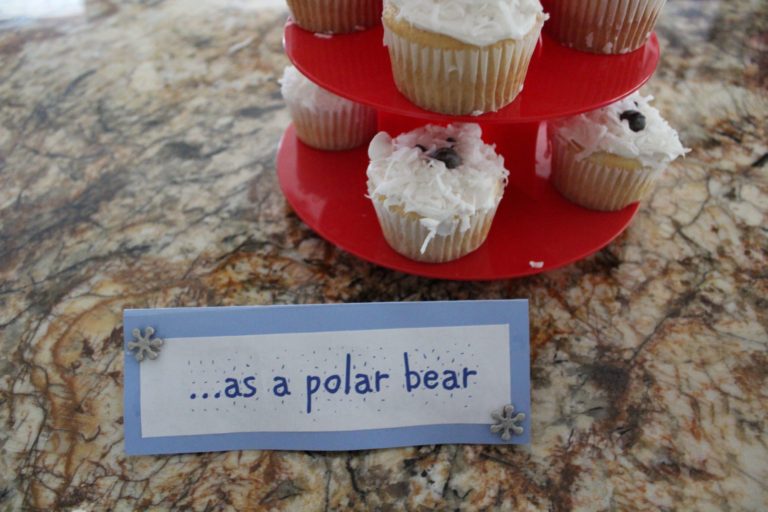 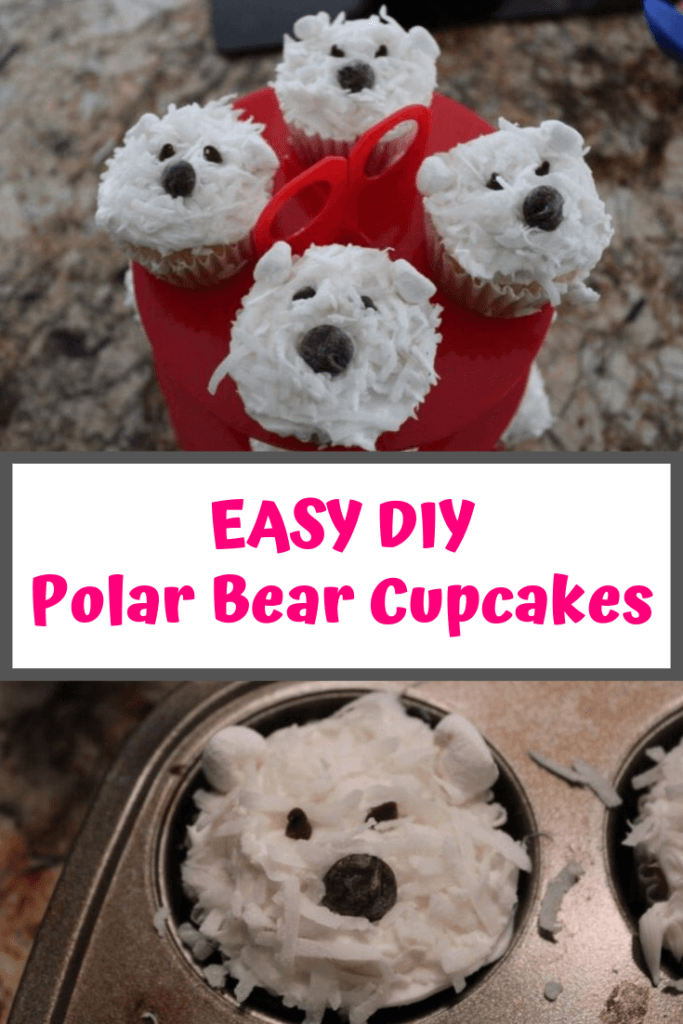 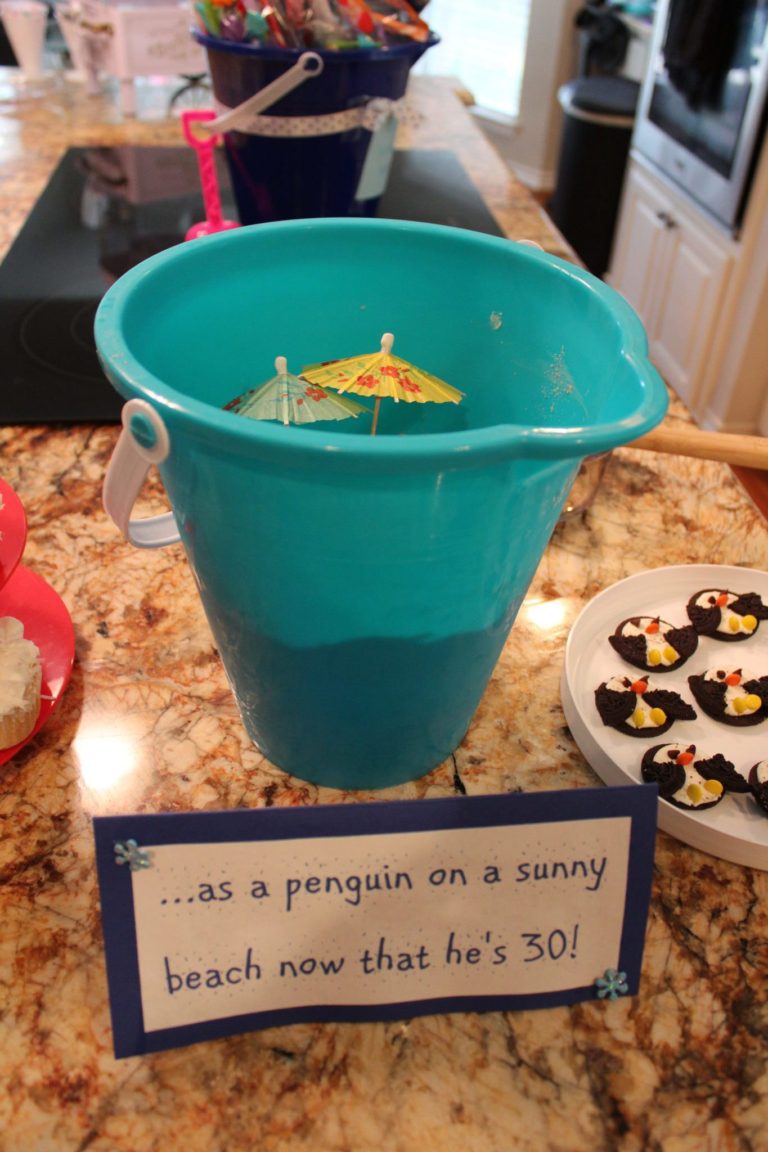 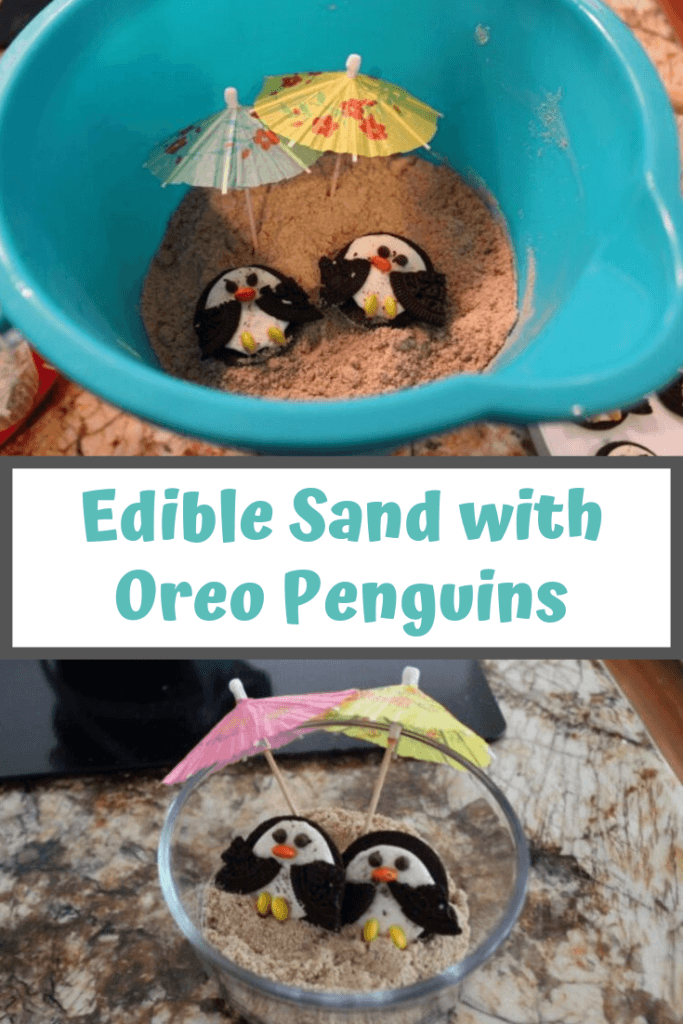 For beverages, I made tea and water.  In the water, I used an eyeglasses candy mold to freeze ice cubes in the shape of glasses.  If you look really close, you can see them floating! 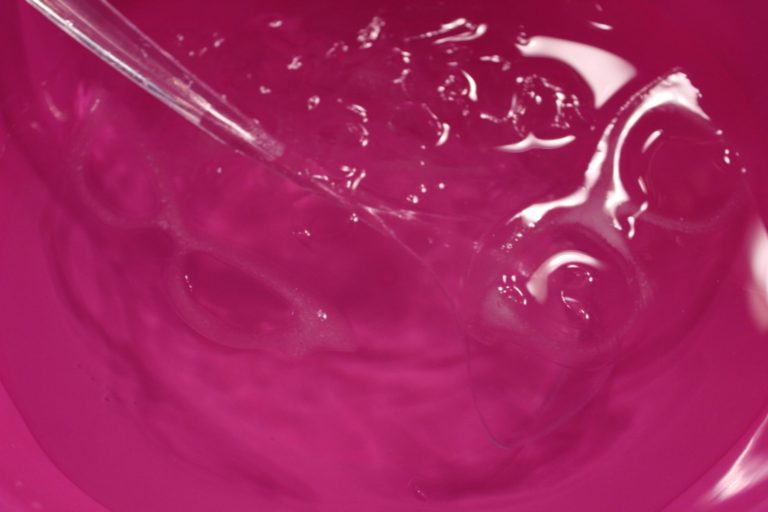 For both beverages, I cut up strawberries and peaches very small and froze them in ice cube containers with water to make fruit ice cubes for anyone who may be wanting some extra flavor. 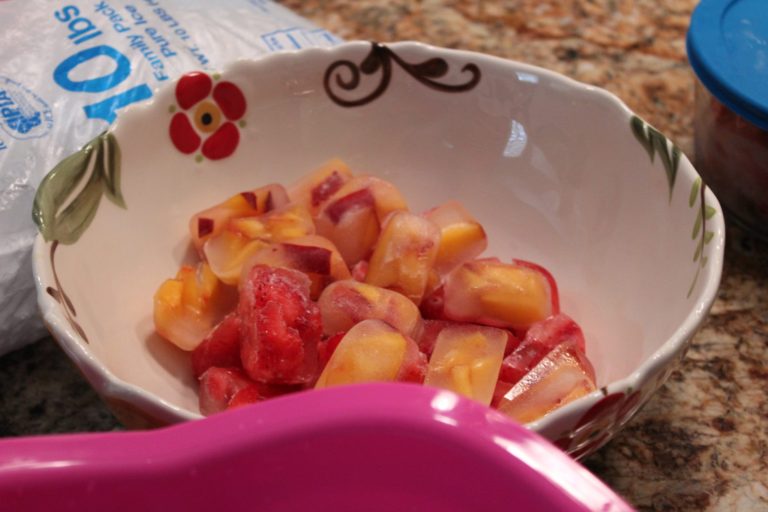 For dessert, I made a carrot cake with salted caramel cream cheese.  Was it as pretty as the pics on the recipe website?  Nope.  But it did taste good!  And you can almost tell that I tried to make a heart out of caramel! 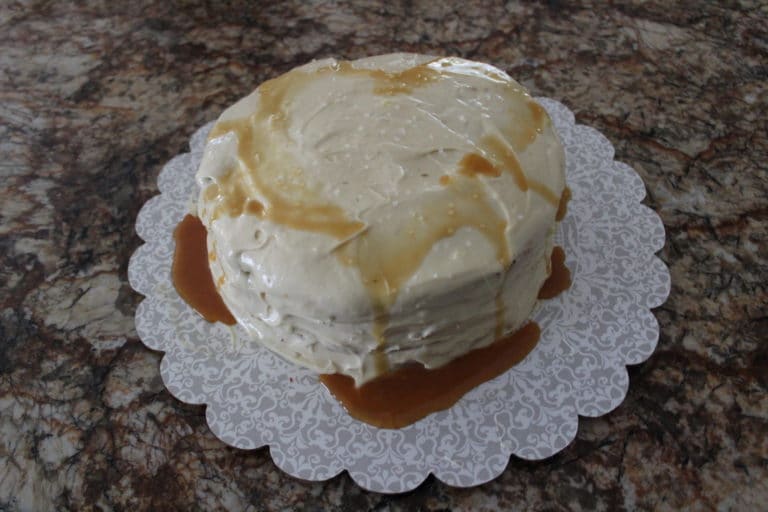 I never throw a party without a goodie bag, so these goodie bags were things my husband liked back when he was “young and cool.”  Pixy Stix, Fun Dip, and Mondo…which amazingly were all available at our local Dollar Tree despite being a blast from the past for sure! 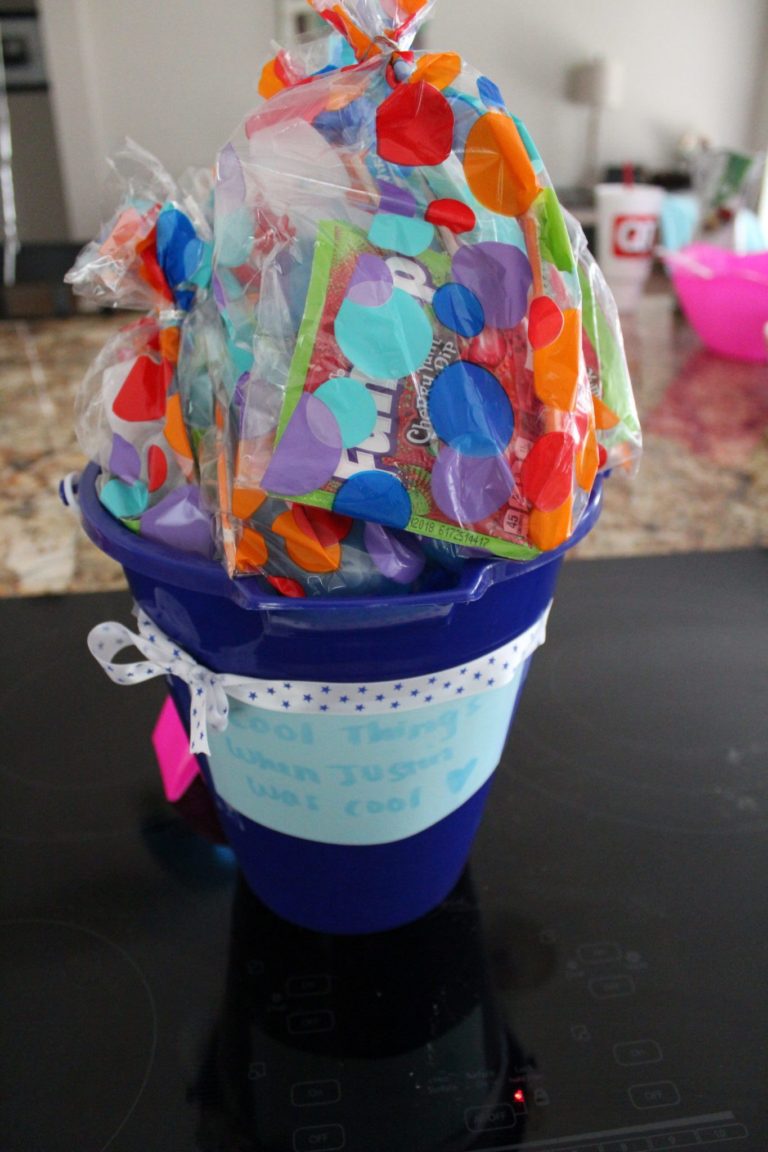 And that’s how the cool snow cone party shaped up.  What do you think?